In the high-stakes poker game of international trade, it would appear that America raised, China matched and then called.  While both players had reasonably good hands, America came out the winner – more below.

Let’s begin our review of the week past with a look at the economic statistics released.  There was a near-complete lack of numbers in Canada, while America saw an assortment of numbers that tend to confirm a continuing expansion.  Wholesale inflation (PPI) rose +0.1% vs the call of -0.1%, while the core rate (ex-food & energy) emerged at +0.2% as predicted.  CPI came in spot-on at +0.0%, with the core rate rising +0.2%, again as predicted.  Interestingly, weekly jobless claims (our favourite labour market indicator) fell to 206K, a large drop from last week’s 231K and well below analysts’ call of 233K.  This level is around a 50-year low, and augurs well for the economy.

In the ongoing poker game between the UK and the EU, bluffing has given way to farce.

UK PM May won a caucus confidence vote, likely by agreeing to step down as Conservative leader prior to elections scheduled for 2023.  That Ms. May thoroughly bungled the BREXIT file is beyond question; that the Withdrawal Agreement is largely unacceptable to BREXIT supporters is plain; that the EU is holding a very strong hand, while the British have played all theirs, is obvious.  Things should not have come to this pass, for it now appears that this issue, as annoying and baffling as it is, will drag on until the March deadline.  The question now is whether the UK will simply leave the EU, deal or no deal?  At any rate, GBP recovered somewhat on the news but was still the big loser on the week.

Speaking of the EU, there were several interesting developments in the Zone.  Aside from the ongoing EU-UK dispute mentioned above, the ECB announced an end to their programme of quantitative easing – something long expected – and left current rates unchanged.  However, ECB boss Mario Draghi expressed a downbeat view of the near-term economic outlook, saying:

“Risks surrounding the euro area growth outlook can still be assessed as broadly balanced. However, the balance of risks [to the growth outlook] is moving to the downside owing to the persistence of uncertainties related to geopolitical factors, the threat of protectionism, vulnerabilities in emerging markets and financial market volatility”

In other words: We aren’t raising rates any time soon. Mr. Market likes plain English and made his feelings clear, smacking EUR and leaving it one of the losers on the week. 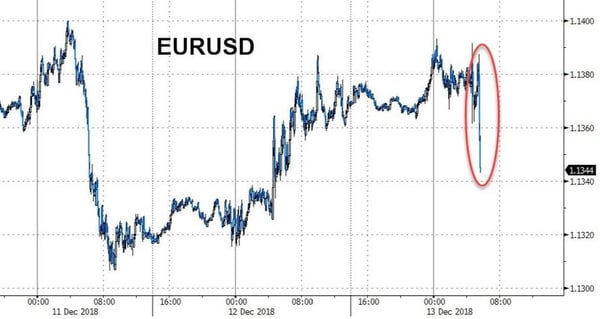 At the same time, Zone No. 2 France was engaged in some serious poker as well, with French president Emmanuel Macron finally folding in the face of the populist ‘yellow vest’ revolt.  As a concession to demonstrators, he agreed to nix a proposed fuel-tax hike (the ostensible cause of the crisis) while offering large tax cuts and an increase in spending.  Some estimates put the resulting fiscal deficit well above the 3% budget threshold, and that would draw the ire of Brussels.  In fact, some estimates place the possible budget gap at 3.6% of GDP, while Zone No. 3 Italy is being excoriated by the EU for running deficits in the 2.4% range.  All in all, not a good week for France, Italy or the EU.

Fun Fact: The French-speaking Canadian province of Quebec, long far to the left in outlook, has decried Canadian oilsands production, with Premier Francois Legault recently stating ‘There is no social acceptability for oil in Quebec’ calling it ‘Dirty energy’ and forbidding pipeline construction in the province.  Yet Quebec is the beneficiary of massive subsidies from the rest of the country, created in no small part by Canadian oilsands production. 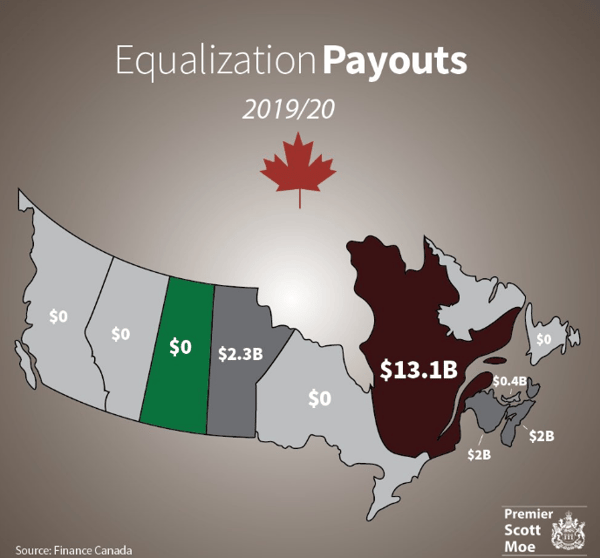 2019 Does Not Look Quite So Promising For Producers

So what about the great poker game between Xi Jinpeng and Donald Trump?  Our money has always been on the latter, for we feel America has a strong hand to play.  Not a great hand, like a royal flush, but certainly a full house.  China, on the other hand, despite its impressive bluffing, may be stuck with two pair, and low cards at that.  Which isn’t necessarily a bad hand, but when you’re up against America, you gotta be prepared.  So China matched and called.

Early last week the Chinese government announced that trade-war tariffs on US-made autos would be cut to 15% from 40%.  This latter rate was set in response to tariffs imposed by the Trump administration, a tit-for-tat move at the time.  Equity markets rallied on the news – especially the auto sector!

Wednesday saw more dramatic developments on the US-China trade front. The planning ministry (China is still, nominally, a communist state) announced that it is working on a replacement for ‘Made In China 2025’, the so-called blueprint for Chinese ascendance in high tech. The revised plan will attempt to open up the economy to participation by foreign companies while downplaying Chinese dominance in manufacturing.  Additionally, China made a down payment on its recently-announced intent to purchase, inter alia, more American agricultural products with an initial order of 500,000 tons of soybeans.

While it is far too soon to declare an end to US-China trade frictions, still the developments of the past week were encouraging.  USD rallied while equities zigzagged on fears of faltering growth. The ‘Wall of Worry’ – again!

This will be the last newsletter of 2018, resuming in January 2019.  To all our clients, colleagues and regular readers we wish a Merry Christmas and a Happy New Year! 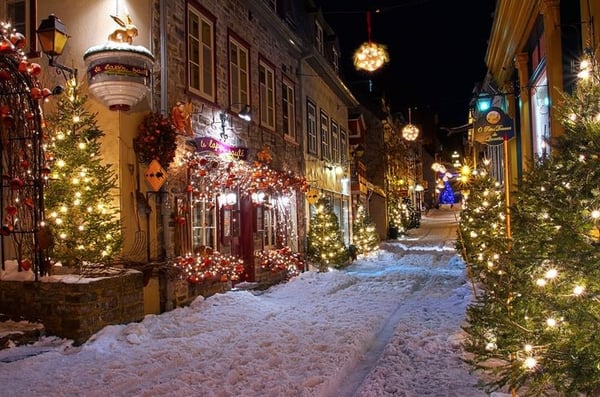 The coming week sees key statistics from both Canada and the US, along with a much-anticipated rate-setting decision by the Federal Reserve on Wednesday.