Ending on an Uptick

It appears that 2017 will end on a high note, with the American economic engine preparing to pull the global economic train out of the station.  The metaphor is easy to overdo, but it is nonetheless appropriate nowadays.  Central banks, having been in the spotlight since the Panic of 2008, are in some cases reluctant to cede space but events will likely overshadow them going forward.  In other words, fiscal policy may finally be supplanting monetary policy in national economic management.  And not a moment too soon, either.

Let’s take a look first at the Land of the Free.  Following recent strong quarterly growth numbers, inflation appears to be rising to levels preferred by the Federal Reserve.  November PPI printed at +3.1% vs the call of +2.8% and above the previous +2.8%; the core rate emerged at +2.4% as expected.  November CPI was mixed but still strong: year/year printed +2.3% above the call of +2.2%; core came out at +1.7%, just missing the call of +1.8%.  Regardless, the combination of inflation ticking up and accelerating growth, coupled with the recent very strong employment statistics made last Wednesday’s rate hike by the Fed a foregone conclusion, with the Fed Funds rate now at 1.50%.  Once again, our learned colleagues Dr. Long and Mr. Short reviewed the accompanying statement and listened closely to Chairman Janet Yellen’s press conference, summarizing as follows:

This was Ms Yellens’ last announcement, with Jerome Powell slated to take over the Fed chair in the New Year.

Traders sold the greenback after all this good news, a Buy the rumour, sell the fact manoeuvre.  Should the long-delayed US tax reform become reality,  a distinct possibility at this time, the USD could really take off.  In fact, trading last Friday afternoon saw the USD rally sharply as traders grew increasingly confident of successful passage of the reform bill.

Additionally, all the major equity indices – Dow, NASDAQ, S&P – traded at record highs last week, so stocks are definitely closing the year on an uptick!

In the True North, investors were starved for news with a complete lack of economic releases.  However, Bank of Canada governor Stephen Poloz, speaking in Montreal last Thursday, gave a bullish speech which pushed the loonie much higher.  He said the economy had made ‘tremendous’ progress in 2017, and that both the export sector and business capital spending appeared to be ticking up, taking over from the fading housing sector.  Mr. Market liked that and aggressively bid the loonie higher, gaining almost 1.5 cents in Thursday afternoon trading.  While the BOC cautioned that the labour market was not as healthy as appearances would suggest, players now believe the Bank will hike in January after standing pat two weeks ago. 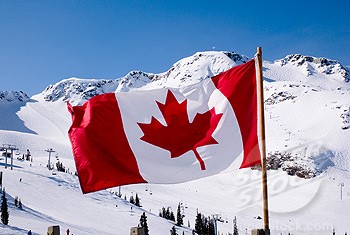 Additionally, the NAFTA talks are not going well.  An American repudiation, however unlikely, is still a possibility and no one has any clear idea how this would affect the loonie.  Doubtful it would be a positive development.  At any rate, the Loonie faded as the week ended, giving back all its gains from Mr. Poloz’s speech.

In the Eurozone, ECB chief Mario Draghi left all administered rates unchanged, added that rates will remain at their current level for some time yet and possibly past the term of bond purchases – September 2018.  In other words, a non-event.  Our resident sceptic wonders if rates are being kept low, as they have been in Japan for almost 30 years now, to provide breathing space for mortally ill banks and corporations. (See Party On Dudes! Dec 4/2017).

Lastly, let’s take a look at Cool Britannia.  In its rate announcement, the Bank of England unanimously decided to leave rates unchanged at 0.50% following its hike at the last meeting  The BOE took a rather bearish view of the economy, stating that Q4 growth might lag growth in Q3, but a sanguine view of inflation, saying that current levels of 3.0%+ are likely peaking and should decline to the targeted 2% level in due course. 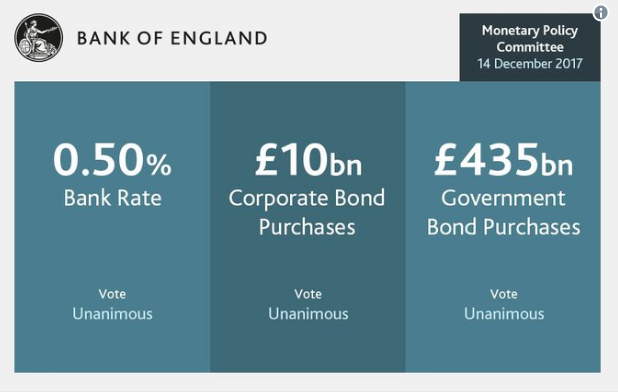 The BOE is also keeping a watch on developments in the BREXIT negociations, which is another way of saying that the Bank will err on the side of lower, rather than higher, rates in the near future.  Sterling sold off as a result and ended up the loser on the week.

The coming week sees a slew of economic statistics slated for release in both America and Canada, including critical Canadian inflation numbers this Thursday and a veritable avalanche of US numbers on Friday.

This will be the last weekly newsletter of 2017, returning in early January of 2018.  To all our valued clients and esteemed colleagues, we wish you all a Merry Christmas and the best in 2018! 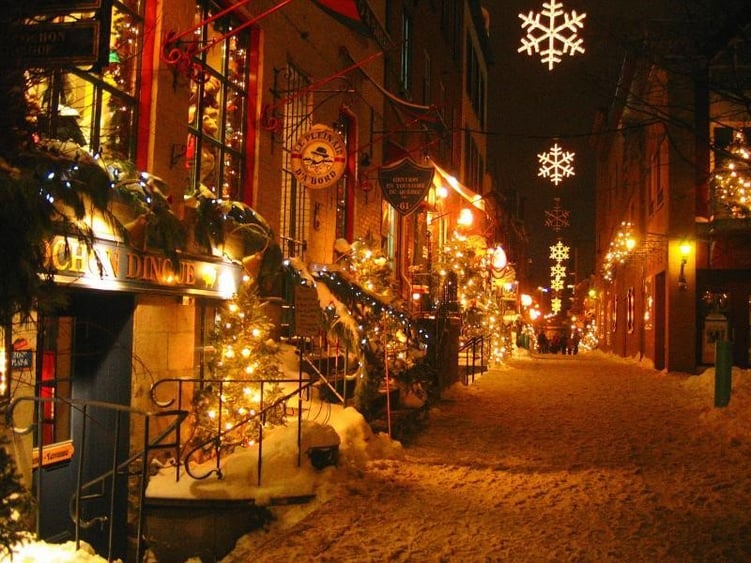