In recent weeks, the USD appeared to be gaining strength on the back of a slowly improving economy and a generally bullish outlook for the near-term.  Sadly, this view proved as ephemeral as ever, with the greenback ending up the loser on the week.  To say that these rapidly alternating bullish/bearish views are becoming rather tiresome would be an understatement.

US Dollar Index – Slip sliding away?

As can be seen above, despite recent upticks the six-month trend in the USD is quite clear, and the currency is bouncing around a low until some major news gives it direction.  Economic statistics released last week failed to provide any impetus: CPI yr/yr rose +2.2% vs call of +2.3%, with the core rate (ex food & energy) +1.7% vs call of +1.8%.  PPI was in-line, coming in at +2.6% vs call of +2.6%, and the Ex-F&E printing at +2.2% vs call of +2.0%.  Retail Sales similarly disappointed with a rise of just +1.6% vs the call of +1.7%, but the ex-autos number was up +1.0% vs call of +0.9%.  Analysts had expected a strong uptick in Retail as hurricane-battered regions begin to recover and rebuild, but this process does take time. 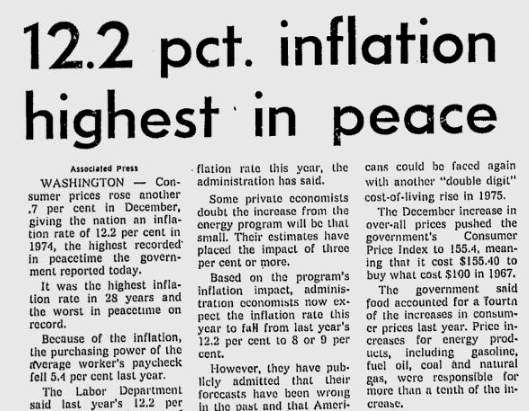 The Fed’s preoccupation with the low level of inflation is rather puzzling.  September FOMC minutes released last week showed ‘…many Fed officials concerned low inflation is not transitory.’  In other words, inflation is too low and we want it higher. Veteran market players can recall the grim 1970s and the soaring inflation of the time – see headline above - and the herculean efforts required to vanquish it, led by Fed chair Paul Volcker.  Why the current FOMC wants higher inflation is, again, puzzling, unless it is to help bankrupt national governments manage their debts.  Whatever, our learned colleagues Dr. Long and Mr. Short parsed the opaque language in the communique and related some key points as follows:

That all said, the odds of a rate hike by the Fed in December have increased enormously, given Fed chair Janet Yellen’s rather hawkish remarks in recent weeks.

Mr. Market remained unimpressed, declining to buy the greenback despite potentially higher rates in the near future.

Little of note occurred in the True North. PM Justin Trudeau was in Washington for ongoing talks on the future of NAFTA.  The loonie traded in a relatively tight range most of the week, right around the 80 cent USD level.  Domestically, the big, although largely unsurprising news was the shuttering of Sears Canada and the loss of around 12,000 jobs.  Most retail observers had been expecting this, given that the parent company – Sears Holdings - filed Chapter 11 bankruptcy last summer. 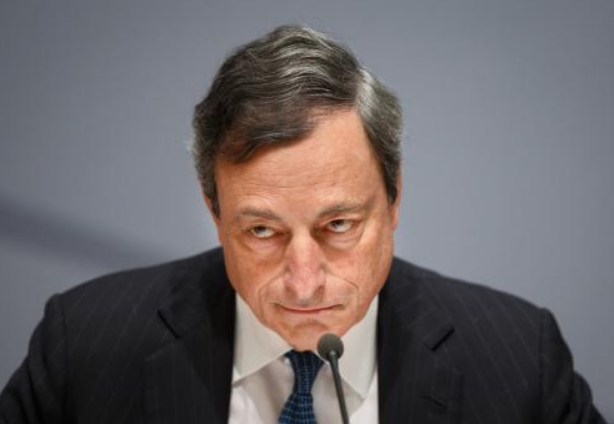 Market players are in awe of the Euro – nothing can bring it down.  Not even a contested, messy independence referendum in Spain’s Catalan region, ongoing coalition talks in zone paymaster Germany, Austrian federal elections this past weekend with the populist Right poised to make inroads – nothing seems to hurt the EUR – and may go a long way towards explaining persistent USD inability to rally.  Investors like M. Draghi’s willingness to do ‘whatever it takes’ to support the EUR, and bond investors like the ECB’s ongoing QE programme – at last count 1.0 trillion EUR.  Wobbly banks in Italy – no problem!  The Greek situation is getting out of hand – leave it to me!  With economic data improving and overdue French-German cooperation looming following recent elections in both countries, Mr. Market likes the EUR and its continued rise seems assured.

The coming week sees inflation and retail sales data in Canada, with some Fed speakers Stateside and just a handful of economic statistics for players to mull over