Donald Rumsfeld, the erstwhile secretary of defense in the George W. Bush administration, famously remarked about ‘known knowns’, ‘known unknowns’ and ‘unknown unknowns’. While this statement was widely ridiculed at the time, it was actually a rather clever observation, quite applicable to the current uncertainty plaguing national governments and global markets. Let’s see what we can discern in all the random noise.

First, let’s take a look at the known stuff. In Canada, the only number of note released last week was November GDP, rising +1.5% yr/yr vs call of +1.4%. While the number was a touch better than expected, still it is from almost three months ago, so market reaction was muted and the loonie drifted lower. Speaking of lower, the real losers on the week were AUD and NZD, given their large exposure to China – more below.

In America, there was plenty of known stuff to mull over.  December Durable Goods orders surprised to the upside, coming in at +2.4% vs analysts’ call of +0.3%. However, the current slow-motion train wreck at Boeing led to a 75% collapse in Non-defense New Aircraft Orders. Overall, the proxy for capital spending – Capital Goods Orders Non-defense Ex-transport – has essentially  flatlined for almost two years now, coming in at -0.9% most recently. 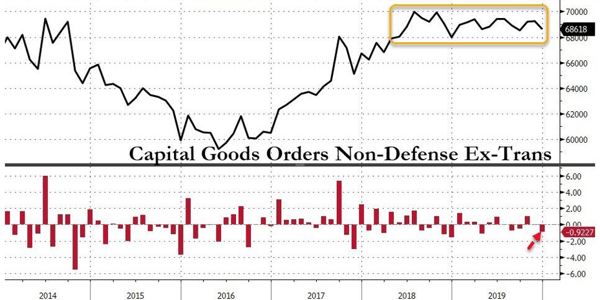 Other knowns released last week included Q4 GDP, matching street estimates at +2.1%. However, with the current coronavirus occupying centre stage, US GDP going forward is now a major unknown. After the signing of the Sino-US Phase One trade deal in mid-January, the final ratification of USMCA and the apparent end of the tiresome BREXIT saga, Mr. Market was buying everything in sight, confident of further gains. However, the emergence of the coronavirus – nCoV in scientific terms – has thrown a spanner in the works. The Chinese economy – second largest in the global economy – may see expected 6% Q1 yr/yr growth cut to 5% or even 4.5%. This is another major unknown for players to grapple with. Oil prices have softened along with commodity prices generally given expected slowing Chinese demand. AUD and NZD, with major exposure to the People’s Republic, not surprisingly have tumbled. CAD, oddly enough, has stayed relatively steady while losing modest ground to the greenback. With commodity price declines and a dovish tone recently evinced by the Bank of Canada, the loonie has lost some ground but nothing like the antipodean currencies. Perhaps our proximity to America is helping?

Speaking of the Land of the Free, consumers appear very confident these days.

According to the Conference Board survey of consumers, while the headline number at 131.6 topped consensus estimates of 128.0, the Present Situation at 175.3 matched levels last seen during the dot-com bubble. Perhaps the booming labour market is the cause, as the so-called Labour Differential (Jobs Plentiful less Jobs Not Plentiful) surged back to record highs, again not seen since 2000.

So there’s a couple of unknowns out of the way. The last unknown – and to be honest, it really wasn’t – was the announcement last Wednesday by the Federal Reserve on interest rates. To no one’s surprise, the Fed remained steady with a target range of 1.50 – 1.75% for fed funds. The bond market rallied on the likelihood of further Quantitative Easing – although the Fed went to great pains to avoid calling it just that – and investors generally viewed the news with equanimity, pricing in possibly one more rate cut before year-end. 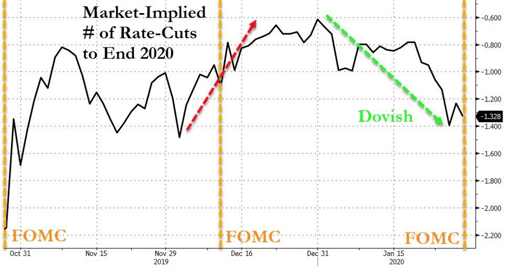 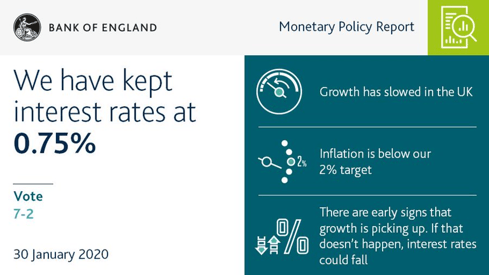 There were two dissenters seeking a rate cut. Players had priced in a 50% chance of a rate cut, but with the announcement sterling gained some ground following a less-dovish than expected statement. Going forward, the reference to ‘limited and gradual’ tightening has been dropped. The BOE forecasts inflation hitting the Bank’s target only late next year – a quixotic quest by all central banks these days, it seems, seeking higher inflation which simply does not emerge.

The coming week sees the all-important jobs numbers in both Canada and the USA along with both country’s trade deficits. Some Fedspeak has been scheduled, and the Federal Reserve will be releasing its Monetary Policy Report for Congress on Friday.