Last week saw mostly range trading with a bias to a weaker USD in advance of the hotly anticipated G20 meetings in Osaka, Japan. Aside from that, there were some statistics of note, interesting developments in the crude market, and a continuing bond market rally. Let’s try to sort out the wheat from the chaff, shall we?

In the True North, CAD continued to rally on apparent strong growth in April (GDP +0.3% vs call +0.2%, previous +0.5%). While the Federal Reserve appears set to cut rates in July (more below), the Bank of Canada is under no such pressure and can afford to wait things out. As a result, Mr. Market bought the loonie aggressively. The upcoming BOC rate announcement is slated for next week on July 10th. We expect the bank to stand pat for now.

In the Land of the Free, May Durable Goods orders declined -1.3%, worse than the call of -0.2%, but the ex-transport number rose +0.3% which beat the call of +0.2%. The ongoing problems at Boeing with the 737 Max have completely skewed the capital goods indices. The company has actually been compelled to stow undelivered 737s in staff parking lots pending resolution of this issue. 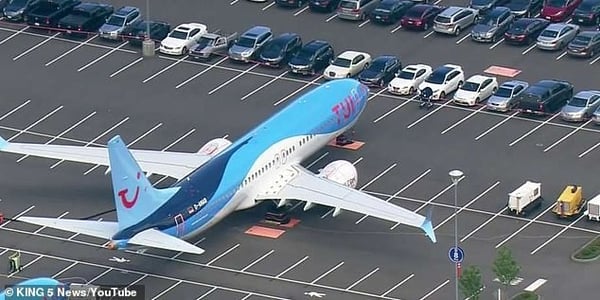 US Q1 GDP saw its last revision, coming in at +3.1% vs the call of +3.2%.  Such miniscule changes are largely irrelevant; it’s clear the US economy was on a roll in Q1, but that isn’t so clear nowadays.

The US treasury market has been rallying sharply (higher prices/lower yields) on perception of a weakening US economy. The Federal Reserve is widely expected to cut the overnight Fed Funds rate at least twice this year and possibly again next year. The greenback has suffered as a result, losing ground against most currencies last week. The guys in the Chicago pits appear quite confident the Fed will cut a quarter-point at the end of the month, with a not-insubstantial minority looking for a 50 basis-point cut. 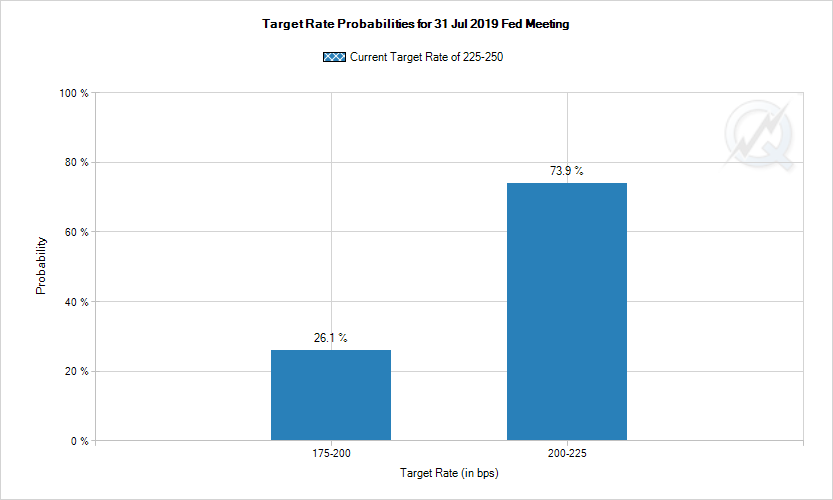 The question, though, is whether central banks can keep the economic expansion going. Central banking has been likened to pushing on a rope, and with the current recovery in vintage territory, such fine interest rate adjustments may do more harm than good. Near-zero, zero, and even negative interest rates don’t have a particularly compelling record of success in both Japan and the EU – quite the contrary, in fact. 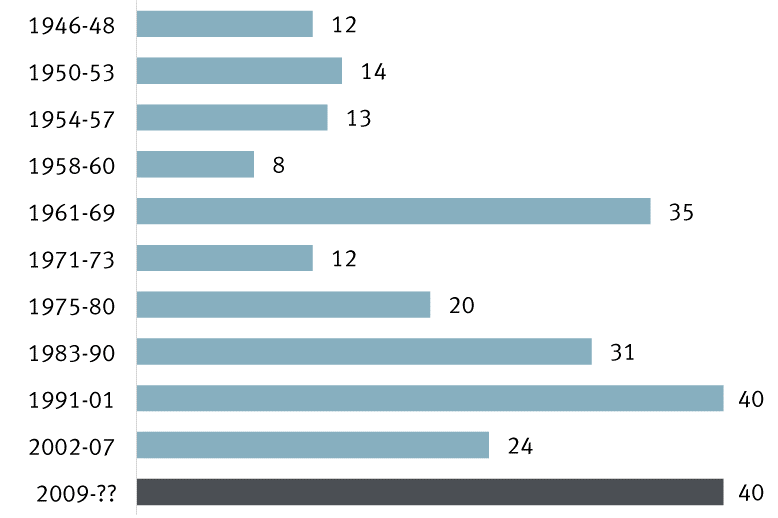 Tied with the Clinton-era Expansion (Measured in Quarters)

Oil continued to rally on a weak USD and a surprisingly huge crude draw reported by the Dept. of Energy (-12.8 mln bbl vs call -2.9 mln), as well as ongoing tensions in the Middle East. CAD was a beneficiary of firming oil prices, but the attitude of the Canadian federal government towards oil development in the province of Alberta remains a wild card.

Over the weekend, national politicians from the G20 group of countries met in Osaka, Japan. Overriding all other concerns was the ongoing trade ‘war’ between America and China. Earlier last week Treasury Secretary Steve Mnuchin was misquoted as saying that a deal with China was 90% done (he actually said that a deal had been 90% done) but agreement had eluded both sides. Players looking for some positive developments to emerge from the meeting between Donald Trump and Xi Jinping were disappointed, although most are realistic enough not to expect a signed deal any time soon. No light at the end of this tunnel! At least not yet.

The coming holiday-shortened week (Dominion Day aka Canada Day on July 1st, Independence Day for Americans July 4th) sees little in the way of statistics until jobless numbers for North America are released this Friday. Canada’s Trade Balance report is due on Wednesday and may be worth a look, as well.