On the evening of May 30th, President Trump took to Twitter to announce that the US would slap escalating tariffs on Mexican imports, starting at 5% on June 10th, if the country did not take action to reduce unlawful immigration into the US.  Pardon the pun but this had all the signs of a classic Mexican standoff, in which no strategy exists and there is no clear path to victory for any party.  This was a surprising move; the administration had already invested a lot of political capital in negotiating and pushing the United States – Mexico - Canada Trade Agreement. The president seemed more than willing to risk blowing up the entire agreement in pursuit of a win on border security.  However, all Trump requested was for the Mexican government to take action, without specifics as to which actions would suffice. A week later, he announced via Twitter that the US had reached an agreement with Mexico to reduce the flow of migrants to the southwestern border. It appears Trump has won this battle; however strong-arm trade policy tactics such as this may undermine the Administration's negotiations with all of their trading partners.

“We don’t know how or when these issues (trade disputes) will be resolved.  As always, we will act as appropriate to sustain the expansion, with a strong labor market and inflation near our symmetric 2% objective."
Fed Chairman Jerome Powell

“If the incoming data were to show a persistent shortfall in inflation below our 2 percent objective…then these are developments that the [Federal Open Market Committee] would take into account in assessing the appropriate stance for monetary policy."
Fed Vice Chairman Richard Clarida

“It would be possible to make another easing move at some point, which would re-center inflation expectations at 2 percent…That might be a great thing to do while the economy is running well."
St. Louis Fed President James Bullard

“There is the distinct risk that inflation expectations are too low and will be slow to recover to levels that are consistent with our symmetric 2 percent goal.”
Chicago Fed President Charles Evans

Australia's central bank cut its cash rate to a record low 1.25% on Tuesday, and India cut by a quarter point for the third time this year on Thursday.  Also on Thursday, the ECB extended its commitment not to raise interest rates from the end of this year until the middle of next year.  With this mind, can the Fed be far behind, especially since Mr. Market is already pricing in multiple Fed cuts.  Ironically, it looks like the new global rate cutting cycle has begun anew before the last one ever ended. 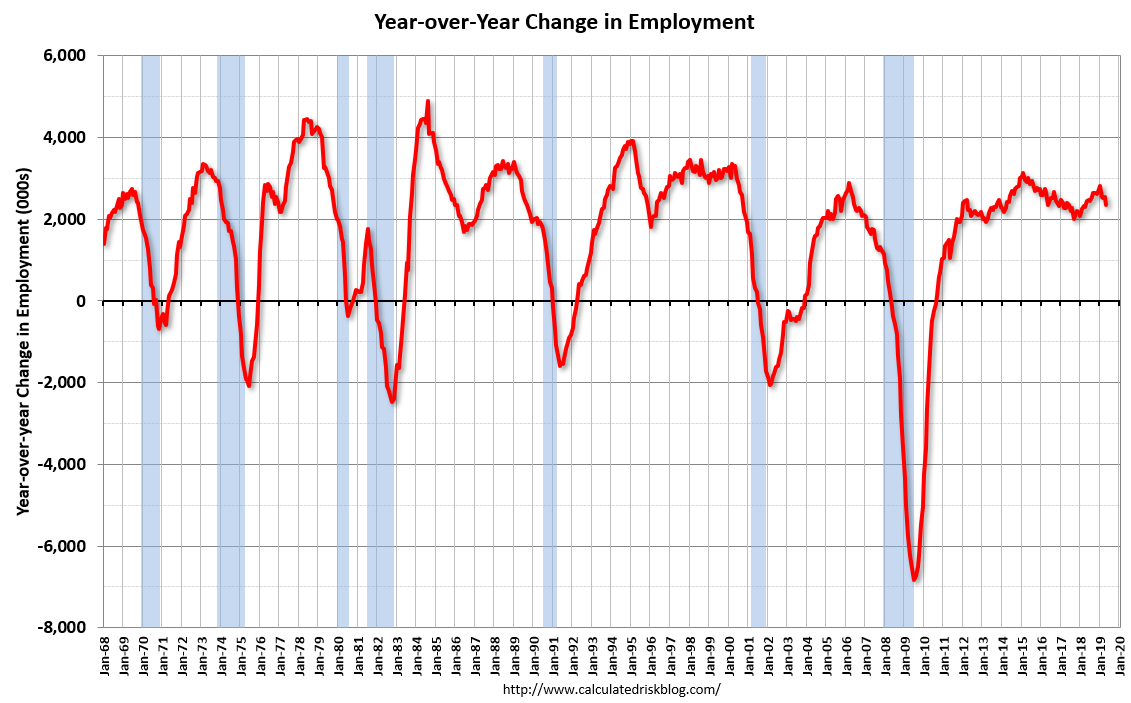 Friday’s May Non-Farm Payrolls report came in soft and reinforced the shift to rate cuts.  The US economy created only 75K new jobs, much worse than the 175K that was expected.  If that wasn’t enough bad news, the previous reports were also revised lower by 75k jobs and hourly earnings grew at just 0.2% m/m.  This report confirms that the US economy is weakening and has prompted Mr. Market to increase bets on a June or July rate cut by the Fed to 28% and 88% respectively, according to the CME’s FedWatch tool.  Looking further out to the January 2020 FOMC meeting, there is a greater probability of 5 quarter point rate cuts (6.3%) by that meeting then there is of no rate cut (1.0%). 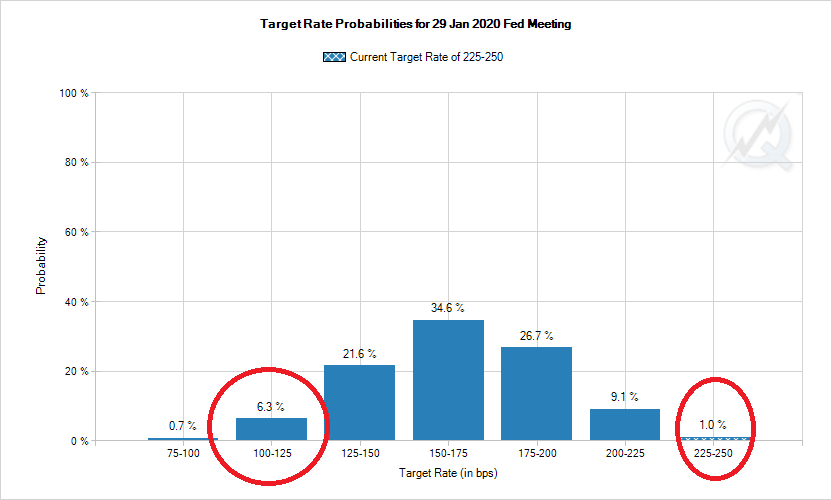 With expectations of a much more dovish Fed from here on in, as well as the escalation in global trade conflicts, the path of least resistance in the USD is lower.  Last week the USD was down against every major currency and the dollar index was down 1.25%, its biggest weekly decline since February 2018.  The index hasn’t closed below its 200-day moving average in over a year, but that may change in the next week or so.

A recession in the US will only exacerbate the budget deficit.  This of course is not news since any recession will widen government spending and budget deficits.  However, what’s different this time around is that the nations that were once eager buyers of US Treasuries to finance America’s deficit may choose not to this time around, especially since Trump has irked both allies and foes.  This will probably cause the Fed to administer another round of QE which will weigh heavily on the USD.

In contrast, Friday’s jobs numbers for Canada were solid.  The Canadian economy created 28K new jobs in May, well above the 5K that was forecasted, and the unemployment rate dropped to a multi-decade low of 5.4%.  The CAD jumped 1.88% last week and sliced through a trend line that dates back to last October.  This should lead to more gains in the CAD, especially due to the bearish position (net-short CAD futures) in the currency.

With the market’s laser focused on Fed rate cuts, all eyes will be on Wednesday’s US consumer inflation data.  Buckle up, because if the CPI number comes is short the USD will be marked down even more as those calling for rate cuts would only grow in confidence, giving them more reason to sell the USD.