The past several weeks have certainly been an eye-opener. Massive declines in equity markets followed by robust rallies, government spending at near-incomprehensible levels along with central bank easing (read: money-printing), and nothing has been more surprising than crude oil (the ‘black gold’ of commodities) trading at a negative price. What’s going on here? Let’s take a closer look.

It should be made clear at the outset that fundamental measures of the economy – inflation, trade balance, retail sale, etc. – have all been rendered moot during these strange days. Technical measures, on the other hand, are unaffected and were well analysed in last week’s newsletter (The Great Lockdown). Just for completeness, we will show a handful of recently released economic metrics that attest to the current awfulness: 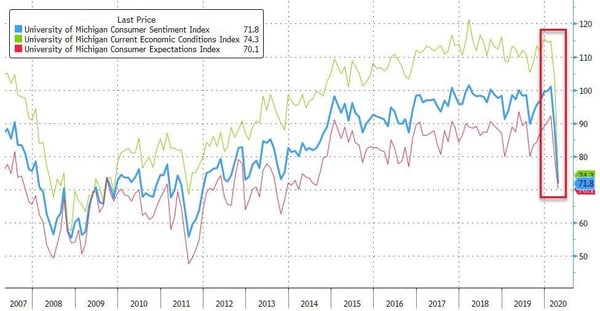 As the above chart shows, American consumers were plenty gloomy in April, with the sentiment reading hitting a nine-year low at 71.8. That print was actually higher than the street call of 68, but that’s just random noise.

As mentioned earlier, governments have been spending madly to counteract the negative effects of the coronavirus lockdown. Can we quantify this?

At the far left, in 1970, lies the wreck of the Penn Central Railroad, at the time the largest bankruptcy in American business history. Now it rates barely a blip. Some familiar names are in this Hall of Shame - Chrysler, Savings & Loan, LTCM (Long Term Capital Management), the Panic of ’08 and others - but all are dwarfed handily by the recent tsunami of cash let loose by national governments and central banks.

In the True North, citizens in the heavily populated province of Ontario have been badly spooked by all these pandemic developments: 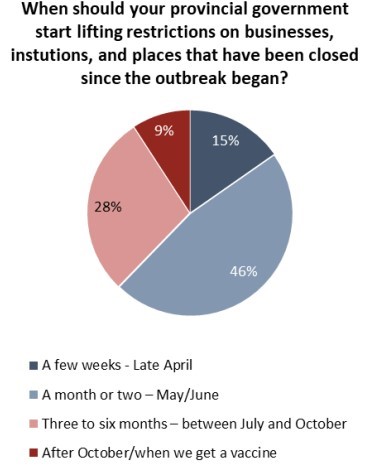 In the Eurozone, the ECB took steps to ensure continued eligibility of certain sovereign debts for collateralised loans and purchase agreements. In plain English, the ECB will now purchase junk bonds, joining the Federal Reserve, who announced the same just recently. While the bank has adjusted its benchmark rates in what has likely been co-ordinated action with other central banks, still the problem of Italy required immediate attention.

Third-largest member of the Zone, Italy’s economy has scarcely grown at all in many years and its debt levels are crippling. Its banking system has long been recognized as ailing and the country’s sovereign debt rating of BBB reflects these unfortunate facts. This past Friday, Standard & Poor’s was scheduled to release an update on Italian debt, which is currently holding the minimum rating for investment-grade debt. (That means eligible for ECB purchase and resale, purchase by insurance cos., banks, etc.) A downgrade would move Italian debt to junk-bond status, rendering it ineligible inter alia for ECB purchase and, frankly, proving an embarrassment to the zone. Hence the ECB moves noted above were made to ensure continued eligibility of collateral, essentially ‘grandfathering’ any Italian securities currently being held. S&P Global affirmed Italy’s sovereign debt rating although it did warn on debt levels going forward. Italian benchmark 10-yr bonds rallied from 1.99% to 1.86% on the news, and the Euro was spared a messy situation.

In the Far East, the Bank of Japan has apparently re-doubled its efforts to crush the JPY, with reports the BOJ will introduce ‘unlimited’ quantitative easing as well as doubling its purchase of corporate bonds. The benchmark 10-yr JGB will still be targeted at 0.00% yield. Left unanswered is whether there are sufficient bonds for the Bank to purchase. (Perhaps they’ll start buying US Treasurys?) Unsurprisingly, JPY sold off on the news – likely the desired result. 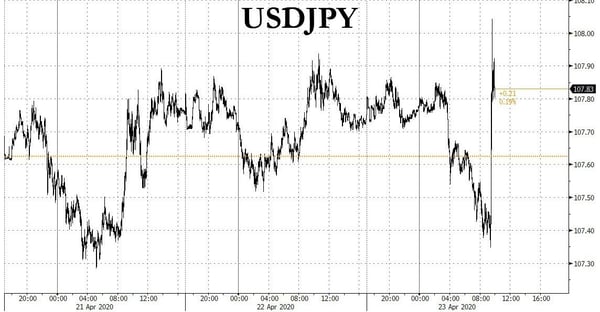 But perhaps some of the biggest news: what’s all this business about oil (West Texas Intermediate or WTI) trading at a negative price.

Some context here: the global economic halt has seen oil demand plummet. Producers like America and others are using up their spare storage capacity as demand has fallen off considerably. Predictably, outfits like airlines and refineries, with their own storage capacity and seeing vastly reduced demand, aren’t buying any more oil. Like any other commodity such as wheat or corn or canola, oil has to be stored. However, unlike most other commodities for which a silo, hopper, or elevator will do, oil requires very specific storage conditions to guard against explosion and sabotage (in short – security). Such space is now at a premium while producers continue to pump close to 100 mil bbl/day of crude. 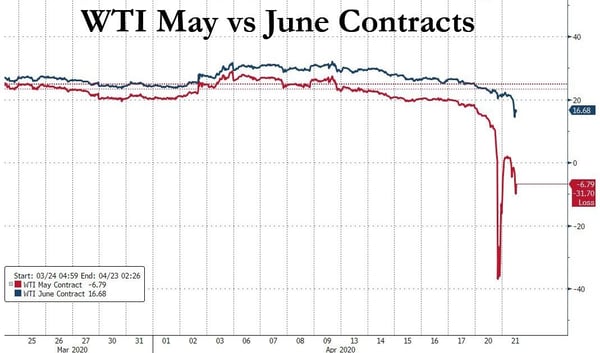 A barrel of WTI was not trading at a negative price. If it was, then producers were paying buyers to take oil off their hands and filling up at the gas station would see the gas jockey paying you rather than the other way around.

What actually happened is this: oil traders own contracts enabling them to purchase WTI oil for May delivery (at Cushing, Oklahoma) and the exercise price was, let’s say, $30 per barrel. Traders had bought this contract earlier on this year thinking that prices might rise to $40 or $45 per barrel in May, which means that if prices did rise as expected, they could realise a quick profit when selling this contract (as they do not wish to take physical delivery).  Traders refer to this as ‘rolling over’ a long position: they sell the expiring purchase contract and replace it with a new, longer-dated purchase contract.  So far, so good.

Now remember that this is a financial contract not a physical contract, as these guys do not want to take delivery. The problem is that, with flagging demand and burgeoning supply, WTI prices have fallen. Suppose they are now at $10 per barrel; that aforementioned contract at $30 is not only worthless, but anyone buying this contract won’t pay more than 10 bucks for it either, as that is where he can buy crude in the spot market. To reflect that, the contract would now trade at minus $20 per barrel ($10 - $30). Crude is still trading at a positive price, but the financial contract is not. That is where the confusion arose.

Is there any good news out there?  Perhaps. 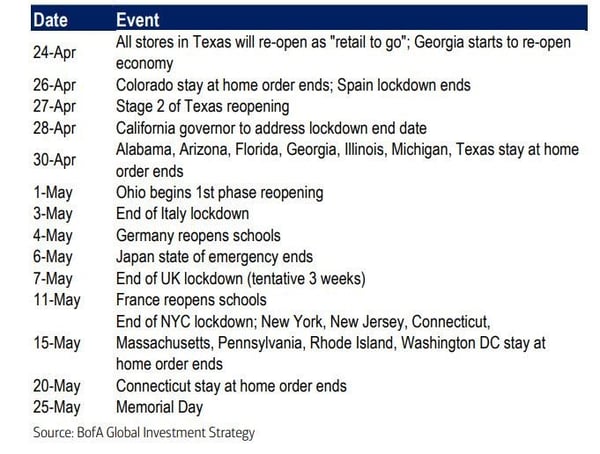 Things may return to normal, or at least some degree of normalcy, but it remains to be seen.

The coming week sees a fair number of economic metrics, but in reality only the Fed rate announcement on Wednesday will be of note. The expectation is for rates to remain unchanged from current levels of 0.00-0.25%. The ECB will also be announcing a rate setting on Thursday. Everything else is largely academic.