Stuck in the Middle

For most of last week, it appeared that Canada and the USA were following divergent paths in economic growth.  Until Friday, that is, with the release of stunningly strong jobs numbers in the True North apparently putting to rest any thoughts of a slowdown and, at the same time, reviving talk of rate hikes by the Bank of Canada.  Oddly, though, US jobless numbers are scheduled for release this coming Friday; an anomalous situation, as the two releases invariably coincide or Canada trails a week later.

In the Dominion, there was little of note until the Friday jobs numbers.  Analysts had predicted +10K jobs and the rate declining to 6.2% from the previous 6.3%.  The economy blew well past those numbers, creating +79.5K jobs (F/T +29.6K / P/T +49.9K) causing the jobless rate to fall to an unprecedented 5.9%.  Mr. Market was quite impressed by these numbers and promptly bought the loonie, rallying it two full cents at one point in Friday trading.

BOC Governor Stephen Poloz and Deputy Governor Carolyn Wilkins have both been managing expectations in the bond and currency markets in recent weeks, talking about taking a cautious approach to any further rate hikes and generally trying to calm market players.  Despite these strong jobs numbers, bear in mind that, at this time of year, there is plenty of part-time hiring going on for the holiday season.  Moreover, Canada Q3 GDP came in at +1.7%, beating the call of +1.6% but well south of the +4.5% posted in Q2.  So there is continuing weakness in the economy, the NAFTA talks are not going well, and Canadians still owe way too much money. Complacency would be a mistake. 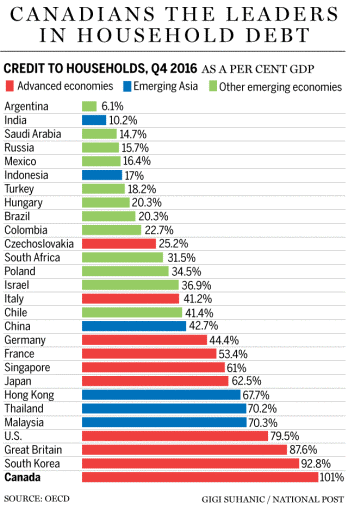 In the Land of the Free, several indicators were released showing increasing strength in the always-resilient  American economy.  Q3 GDP rose smartly at +3.3%, as predicted, up from the previous read of +3.0%.  In fact, the Council of Economic Advisors (CEA) reckons that, stripping out the horrific hurricane season recently ended, growth could have reached 3.9%!  Such strong GDP numbers have been absent from American economic discussions for far too long, which is why our learned colleagues Dr. Long and Mr. Short describe the US economy as resilient.  Another good number was New Home Sales, posting an increase of +685K/yr against the call of +627K/yr and easily topping the previous month’s +645K/yr.  To top it off, consumer confidence recorded by the Conference Board  hit levels not seen since November/2000 (!), coming out at 129.50. 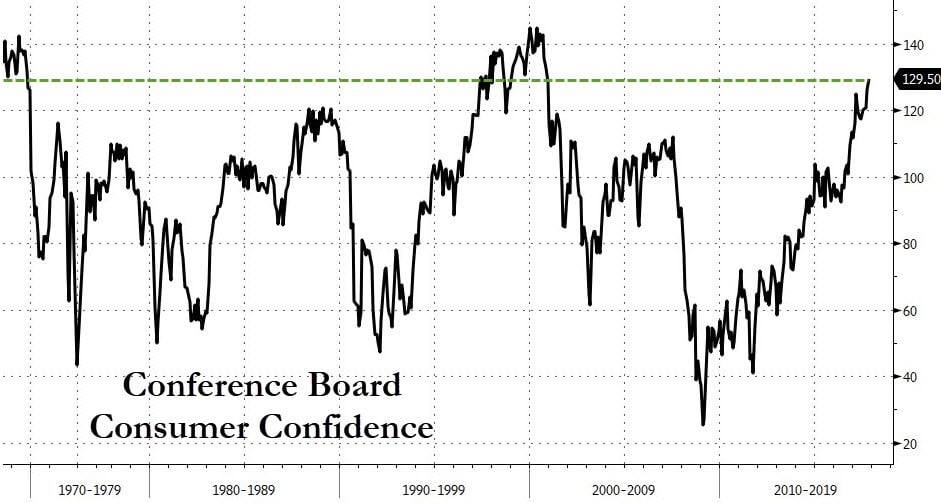 To say that the unconventional presidency of Donald Trump is the driving force behind these many positive developments would be a gross oversimplification, but in reality not that far from the truth.  In general, Americans do feel better these days and this is a very good thing for the global economy and indebted governments everywhere.

As of writing, American tax reform has cleared the House of Representatives and is now going through procedural ballots and bickering and grandstanding in the Senate.  This legislation is crucial in several respects – the economy needs it, the markets are counting on it and the GOP badly needs a win.  The betting is that it will pass, but will be a near-run thing.

Elsewhere there was little of note in both the Far East and the Antipodes.  The North Korean situation has been well-described elsewhere and is, at any rate, outside the scope of this blog.  The BREXIT divorce talks between the UK and the Eurozone continued to drag on with no clear progress being made, let alone any sort of resolution.  However, speaking of the Zone, once again Dr. Long and Mr. Short found an interesting fact.  It appears roughly one quarter (23%) of Italian banks, a total of 114, have non-performing loans exceeding tangible equity capital and loan loss reserves.  We have touched on this issue before as an example of the somewhat precarious nature of many of the Zone’s banks.

Our learned colleagues explained the concept of the ‘Texas Ratio’, a measure of banking stress developed 35 years ago in analysis of failing American banks.  Simply put, when the ratio of non-performing loans to tangible equity capital and loan loss reserves exceeds 100%, a bank is usually in very bad shape.  In the above list, all the banks have a Texas Ratio above 200%, with the worst bank well over 700% (!).  The European Central Bank obviously is aware of this and, should this be true to any degree outside Italy,  might explain the ECB’s reluctance to raise rates as aggressively as the Federal Reserve.

This week sees a Bank of Canada rate announcement as well as a slew of American statistics, ending with the all-important jobless numbers on Friday.