In the True North, CAD continued trading in a tight range against the USD.  December Retail Sales for the crucial Christmas shopping season were mixed, with the headline number declining -0.1% (call -0.3%)  while the ex-autos number disappointed at -0.5% (call -0.3%).  That was it for statistics, so it was left for Bank of Canada governor Stephen Poloz to provide some colour for investors. 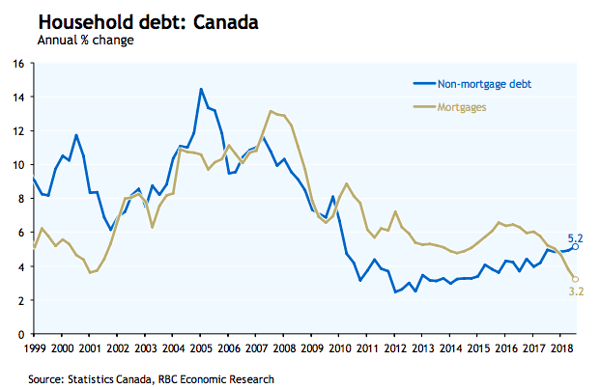 Still WAY Too Much Debt

Speaking in Montreal last Thursday, the governor made clear that the BOC is still committed to moving rates up to a neutral level, with the caveat that the path forward had become ‘highly uncertain’.  He added that the Bank has been cautious in its assessments of the domestic economy, remaining data-dependent and monitoring closely the impact of rising rates.  Mr. Poloz pointed out the strong jobs gains of recent months as evidence of a reasonably healthy economy, but cautioned that exceptionally high personal debt levels will ensure rising rates have a more negative impact than in the past.  Regardless, the loonie initially rallied then backed off on the slightly more dovish tone of the governor’s remarks.

Discussing all this with our learned colleagues Dr. Long and Mr. Short, we felt that, in light of these remarks, Mr. Poloz may be joining other central banks – Federal Reserve, Bank of Japan, ECB – in raising a white flag on rate hikes.  Ultra-low interest rates may now be a permanent feature of the global economy, along with low inflation and less-than-stellar growth.  There are two takeaways from this: First, in a sense we are all Japan now and: Second, that the great experiment in ultra-low rates engineered by global central banks, ostensibly to prevent a massive recession after the Panic of 2008, has essentially boomeranged.  Small wonder Mr. Poloz finds the way forward to be ‘uncertain'.

GBP was the winner on the week, as investors bought sterling on guarded optimism over this tiresome BREXIT issue.  While the EU has steadfastly refused any requests by the British for legally binding amendments to the original deal – on the one hand to irk the Brits, on the other hand to send a warning to rebellious EU members – still an extension may be in the works.  With the BREXIT deadline of March 29th looming, and scant progress made on the key issues, it was reported PM Theresa May will likely have no choice but to request a three-month extension.  Which means this annoying issue will remain unresolved for an additional length of time.  Which also means that many Conservative MPs may buck the leader and join recent defectors to the so-called ‘Independent Group’, who are opposed to a no-deal or ‘Hard’ BREXIT.

The eventual outcome of this business is unclear, but we can state with some certainty that it will drag on for some time yet. 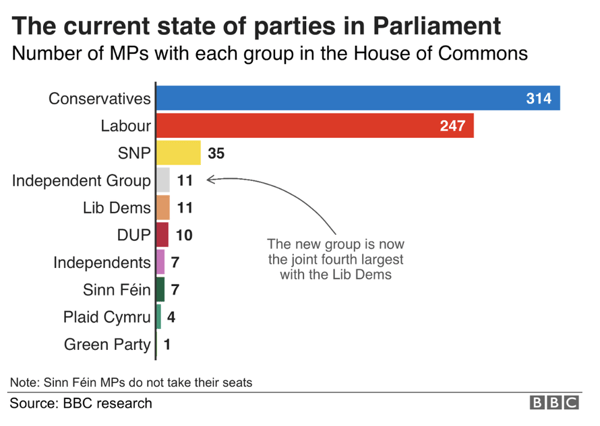 In the Land of the Free, further evidence emerged – as if more was needed – that the Federal Reserve has also raised the white flag on rate hikes.  Last Wednesday saw the release of the Fed minutes of the last FOMC meeting, and while most of what was recorded was in line with recent Fedspeak, still traders looked very closely at the following paragraph buried deep in the minutes:

In other words, the Fed will consider stopping its programme of Quantitative Tightening (QT), an asset sell-off originally intended to nudge bond yields higher with the intent of normalising interest rate levels.  Short of announcing an end to rate hikes, this is about as clear a signal as any that the Fed is indeed raising the white flag on rates.  In an ordinary market environment, this would result in traders whacking the greenback but this is not an ordinary market, and hasn’t been for almost ten years, thus the USD held steady.

‘…central bank was ready to ramp up stimulus if sharp yen rises hurt the economy and derail the path toward achieving its 2 percent inflation target.'

JPY tumbled after this remark but managed to recover by week’s end.  Still, it was a strongly dovish statement coming from a bank that only recently appeared hawkish on rates.  (The BOJ currently owns 40% of all the country’s bonds and 80% of its equity ETFs).  The question now is what’s left to buy?

Lastly, along with Japan, the Eurozone saw sharp declines in their respective manufacturing Purchasing Managers’ Index (PMI), both coming in below the all-important 50 level.  While not surprising in the former, the latter is apparently slipping into a German manufacturing-led recession and may explain why the ECB has been waving the white flag recently as well.

The coming week sees some key secondary releases in both Canada and America, along with numerous Fed speakers and Fed chair Jay Powell speaking to Congress on Tuesday and Wednesday.