Harry Truman was a great president, a decent man taking over in wartime and governing successfully in the difficult post-war era.  He was credited with having a paperweight on his desk with the words ‘The Buck Stops Here’. Market players may be forgiven if, possibly, the buck (aka the US dollar) might be stopping its recent lengthy descent against virtually all other currencies.  In recent days it appeared to have plateaued and even gained some ground against many currencies.  Certainly its losses last week were modest compared to the weeks previous.  Let’s examine what happened in what was otherwise a rather quiet week in the summertime markets.

All eyes were on the Federal Reserve last Wednesday, awaiting the Fed’s latest rate decision.  Once again our learned colleagues Dr. Long and Mr. Short analysed the Fed-speak and summarised as follows:

The critical item is the remark about core inflation running below 2%.  Central banks worldwide have been attempting, with little discernible success, to push inflation levels back up to the 2% level.  Many investors recall the hyper-inflationary days of the late 1970s and the harsh medicine administered in the early 80s to eliminate it, so there is some question as to why, with the genie back in the bottle now going on 35 years, central banks would want to release it once again?

Aside from that, US Durable Goods orders released last Thursday surprised on the upside, with the headline number coming out at +6.2% vs the call of +4.0% and the previous month’s -0.8%.  The big jump was due to (as usual) major aircraft orders being booked at maker Boeing and others.  Players were impressed only briefly, however, as this number is notoriously hard to predict and big misses are more the rule than exception. US Q2 GDP rose at an annual rate of +2.6%, below the call of +2.7% but well above the Q1 read of +1.2%.  Although the trend appears to be strengthening, still it wasn’t enough for Mr. Market, who whacked the greenback mercilessly on this news.

From the upper left to the lower right

In the Dominion, there was little in the way of statistics to move the market.  In fact, the only number of note was Friday’s release of May GDP, rising a strong +4.6% yr/yr versus the call of +4.1%, with mth/mth emerging at +0.6% versus the call of +0.2%.  While inflation in Canada is quite low, similar to other countries, growth has definitely perked up, apparently.  Whether this growth is a spurt in the housing sector following recent mortgage rate increases and tightening or sudden activity elsewhere is unclear.  Regardless, these numbers largely cement the view that the Bank of Canada will likely raise rates again in October.

The Loonie – High and rising

Elsewhere the summer doldrums ruled.  The Swiss franc (CHF) lost big on the week as investors sold swissie and bought the EUR, a common offsetting trade in Europe.

In the crude market, WTI staged a huge rally in response to USD weakness.  This strength in crude was of obvious benefit to the loonie 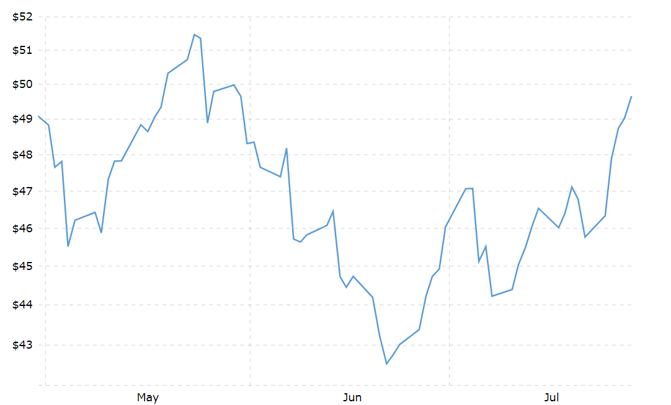 WTI takes another run at $50 usd/bbl

This week sees a full calendar of economic statistics including the all-important US and Canada employment numbers. 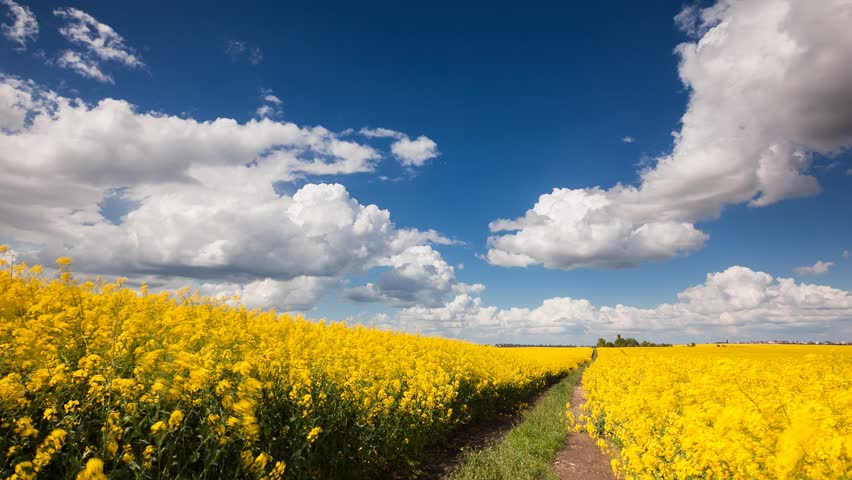