The Question - Three, Four or Five?

Last week saw little in the way of hard news to move markets in any particular direction.  No economic statistics of note were released Stateside; a couple of key Canadian numbers emerged to confuse players; and the usual overhype about central bank statements and speeches rounded out a generally dull week trading-wise.  The weather certainly didn’t help.

To begin, let’s take a look at America.  Although as mentioned above there was a dearth of hard US economic news, still the market rallied the USD on rumours of a hawkish Fed minutes release last Wednesday (this is NOT a rate announcement; rather, it is a summary of the FOMC’s thinking behind the most recent meeting).  The Fed’s dot plots have long priced in three rate hikes in 2018 and, as a result of players looking for growth opportunities elsewhere, USD had taken a pounding in recent months.  But an odd thing happened – the financial media somehow became fixated on the idea of a hawkish tone to the Fed minutes.  Most commentators even suggested a possible fourth rate hike in 2018 with the odd one calling for five, something obviously bullish for the greenback.  These guys should have talked to Mr. Market first.  Fed funds futures have barely priced in three: 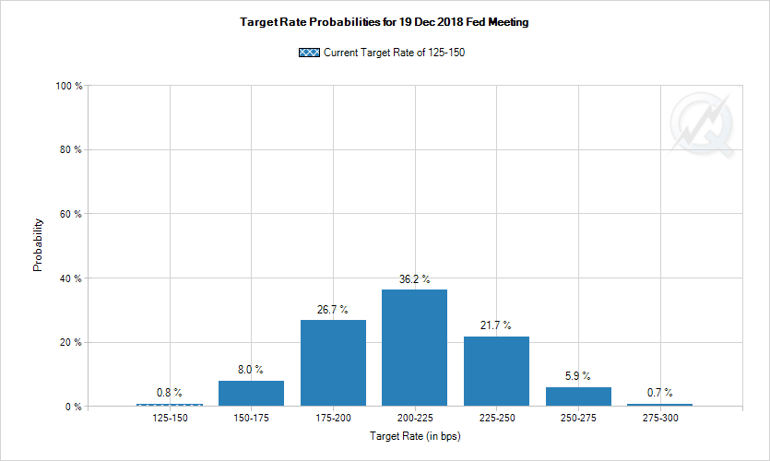 Helping the USD was an apparent weakening of Eurozone purchasing manager intentions, while similar American intentions ramped up.  As new orders are the highest in three years and hiring is accelerating, the overall PMI surveys appear to indicate solid US growth in the 3.0% range.  Inflation may be set to become an issue in the near future, and bond traders are becoming anxious about all this good news – more below. 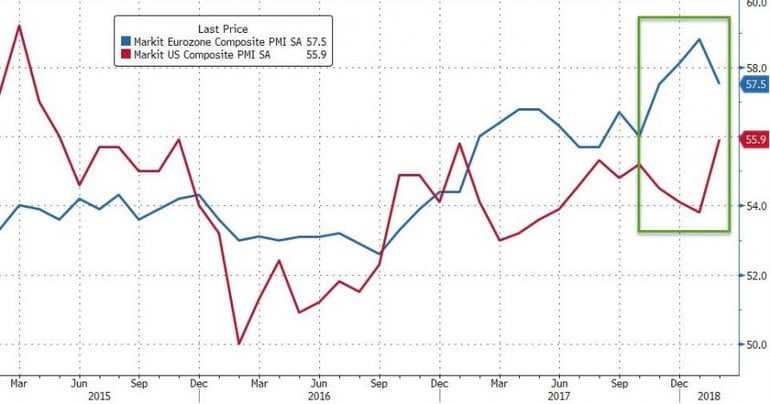 In the True North, CAD lost ground early in the shortened week as USD rallied on this Fed rumour, then took a major hit following egregious Retail Sales numbers on Thursday.  Read ‘em and weep: December sales declined -0.8% vs call of 0.0% which is bad enough; ex-autos fell a stunning -1.8% vs call of +0.3%.  Evidently Canadians spent more time in new car salesrooms than the mall!  Clearly this called into question further near-term rate hikes by the Bank of Canada.  Friday’s January CPI numbers, at first glance, painted a picture contrary to this, as inflation rose more than expected to +0.7% mth/mth vs call of +0.5%, while the annual rate declined to +1.7% yr/yr from the previous +1.9%, but still above the call of +1.5%.  The loonie initially rallied sharply on this, but traders eventually realized that these inflation numbers are still quite tame and remain below the Bank’s target of 2.0%, so the currency weakened off at week’s end.

USD strength resulted in a weakening of crude prices and pressure once again being put on OPEC to maintain their common front – and market discipline.  As one analyst put it: ‘OPEC has “taken a lot of production off the table, but it’s just being replaced by U.S. production to a large degree.”‘  We have discussed American frackers before, and these renegades are quickly reshaping the world oil market, and not in ways to OPEC’s liking. 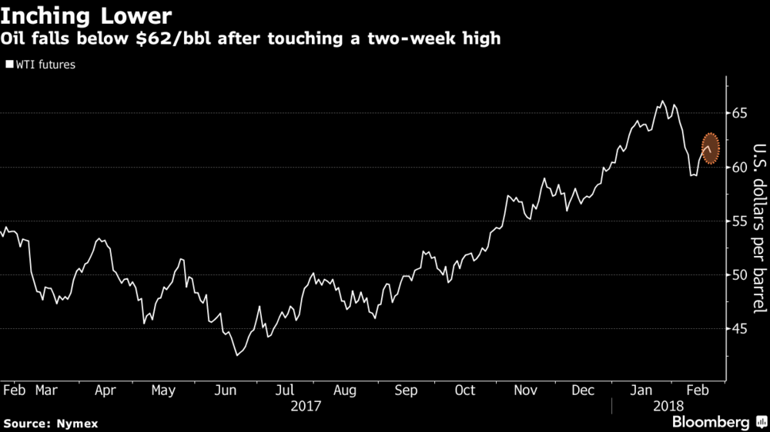 US treasury bond yields continued to hold at the higher levels of recent weeks, putting pressure on mortgage and other administered rates (e.g. LOCs, credit cards etc.).  The US 30-year treasury bond is an excellent bellwether of inflation expectations, and has been stuck around the 3.15% yield level for some time now.  Bond traders being a nervous and contrary lot, the recent strong economic numbers and rumours of vast quantities of red ink pouring out of Washington have been enough to frighten traders into pushing the 30-year to the 3.15% - 3.20% yield level, which represents an important chart point.  As can be seen from the chart below, the 30-year yield has not been above the 3.25% level in over three years.  The fact that the Fed is no longer purchasing bonds for the QE programme, plus the likelihood of a vast new supply of bonds being issued to cover mammoth government deficits in Washington, plus the possibility of a strong domestic economy stoking inflationary pressures, implies that this level of 3.25% is quite vulnerable.  If broken through, all bond yields will rise in lockstep and the USD would likely benefit. 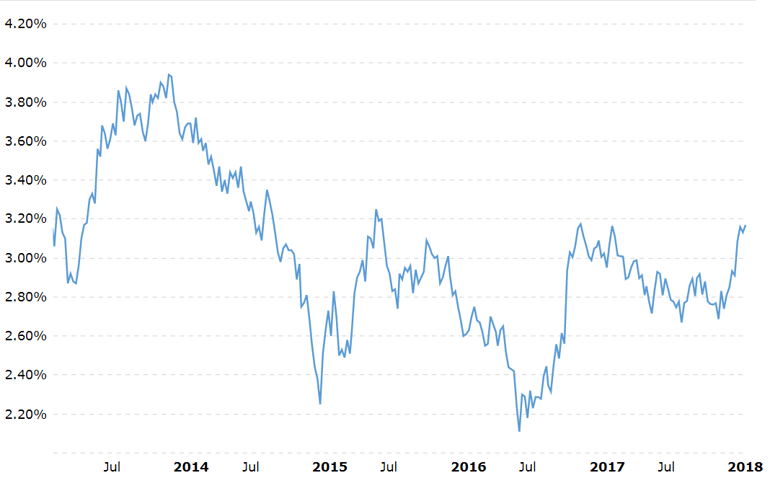 The coming week sees just a handful of Canadian statistics but a trainload of US numbers. The all-important jobs number for both countries will only be released March 9th.