The Storm Before The Calm - ?

The week wasn’t entirely bereft of economic news, of course, but there wasn’t much. Canada Q3 GDP rose +2.0% y/y as expected by analysts, although that was a considerable drop from the Q2 reading of +2.9%.  In America, aside from a widening in the October trade gap to -77.2 bln from the previous -76.3 bln (call was 77.0 bln), the second read on Q3 GDP came in spot-on at +3.5%, exactly what analysts predicted.

So much for the statistics. In the True North, the big news was, of course, the loss of 2500 jobs at the General Motors Oshawa ON plant, part of a broad  re-alignment in the company. Judging by the media and political reaction, this appeared to be a bolt out of the blue, rather than an overdue downsizing by a corporation that has, to put it mildly, not done well in recent years. The irony is that the Calgary oilpatch has suffered far greater job losses (100K+), yet GM gets all the media attention.

As the above graph clearly shows, the oilpatch has a far greater impact on the Canadian economy than the auto sector, yet it receives little, if any, sympathy in its current difficulties. Quite the contrary, in fact.

Traders aren’t sure what to do with the loonie. The economy is growing with some inflation but not robustly.  Huge discounts on Western Canada Select are an enormous drag on the economy yet Ottawa appears unaware or unconcerned (or both) about the issue. High-paying resource extraction and manufacturing jobs are being lost, with no sign of replacements on the horizon. The Bank of Canada appears set to continue raising rates, at least for now, but this Wednesday sees the Bank’s last rate setting for the year and, in light of Jerome Powell’s remarks last week (more below), the Bank may have to alter its agenda.

In the Land of the Free, Fed boss Jerome (Jay) Powell spoke last Wednesday and signaled some softening of the Fed’s outlook.  Gone is the business-media view of the past several months seeing another rate hike in 2018 and at least three more in 2019. Mr. Powell in recent speeches had made much of the ‘neutral’ fed funds rate sought by the FOMC, the fact that no one is really sure what that rate is but that whatever it is, it was still well above the current overnight rate.  Now, maybe not so much. The phrase used by Mr. Powell in his remarks is the current rate being ‘just below’ the range of estimates for a neutral rate, implying an imminent halt, or at least a marked slowing, in the pace of rate hikes.  Mr. Market took that as a green light and bought stocks and bonds aggressively. 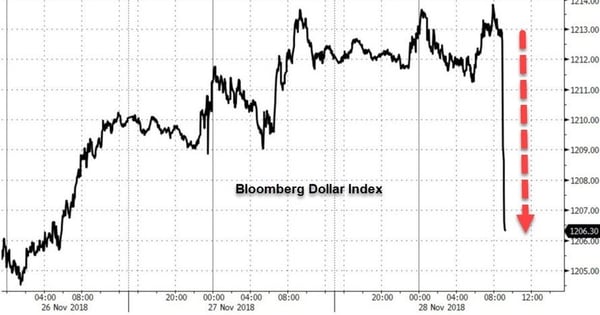 Fed backs off – HIT the greenback!

In his speech, Mr. Powell remarked that the economy looks good, and that both he and the FOMC are forecasting ‘continued solid growth’. That was good enough for the equity guys while the bond market rallied sharply, taking the 10-year US treasury to just above 3.00%, a far cry from its levels around 3.25% not two weeks ago.

Bottom line, the Fed will almost certainly raise rates at their next meeting December 18-19 and perhaps just once next year. 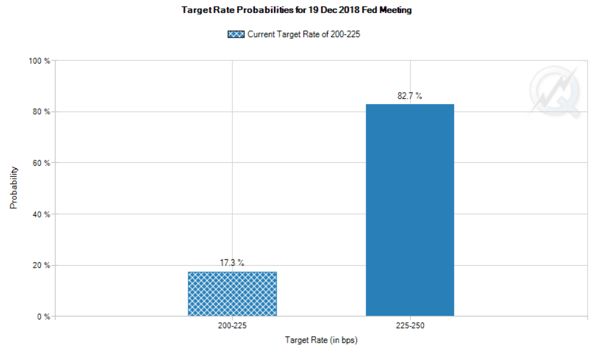 December Is A Lock

The tiresome BREXIT issue continued limping along. British PM Theresa May announced that a ‘Withdrawal Agreement’ (WA) had been struck between the UK and the EU, and she is now stumping the country to gain support from the voters. As pundits have pointed out, the WA achieves considerably less than most LEAVE voters expected, and is less popular in fact than several other BREXIT outcomes, including REMAIN.  Essentially Britain remains in the Customs Union; is subject to all the regulations of the single market; loses its vote in all EU institutions and any attempt to break away from these bureaucratic regimes is subject to EU approval. The open border issue is resolved, but at a heavy price, so clearly this issue will drag on for some time yet. Sterling was quiet on the week in response but that will likely change.

Oil continued its downtrend, dropping 22% in the month as increasing supply weighed heavily on prices. Both American Petroleum Institute (API) and Dept. of Energy (DOE) reported the 10th straight week of inventory builds.  US crude production continues at a record pace – those outlaw frackers again! 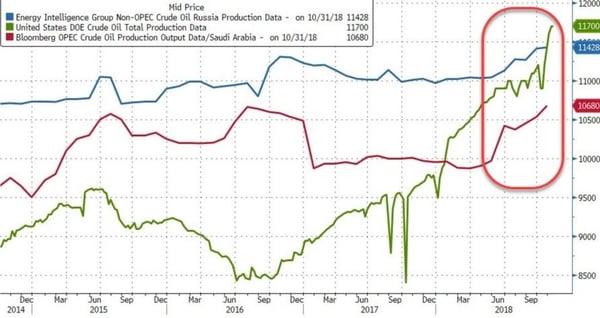 OPEC meets in Vienna on December 6th to, once again, attempt to cobble together a production quota agreement. Based on the cartel’s history, we would say Good luck with that.

In the Eurozone, things continue to unravel, albeit slowly.  The Italian budget issue continues to dominate, with the European Commission now threatening to levy fines – in the billions if EUROs – against the zone’s No. 3 member for failure to rein in its budget deficits.  It isn’t like there are any EU member governments running surpluses – what’s that? – but there has to be a show of authority by those in charge with regards to Italy lest other members get ideas. 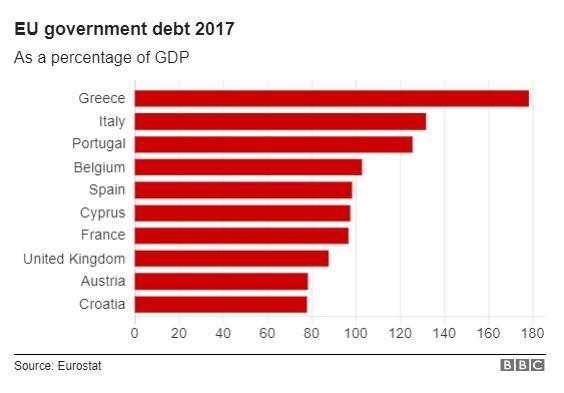 With the G20 meetings out of the way, players can now focus on more immediate concerns.  The apparent 90-day ceasefire agreed to by both Xi Jinping and Donald Trump has calmed an anxious market, and the greenback may see further losses as the week progresses. 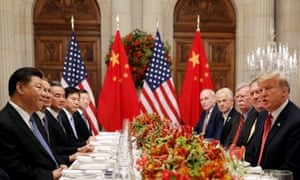 Briefly, Mr. Trump has agreed to a 90-day delay in imposing a tariff rate of 25% on a broad range of Chinese exports, up from the current 10%, while the two countries continue trade negociations.  Additionally, the Chinese have agreed to future purchases, as-yet unspecified in amount but supposedly significant, of American agricultural, energy and industrial products, in an attempt to redress the current trade imbalance between the two countries.  Other details will emerge in coming days.

The coming week sees the Bank of Canada rate announcement along with the all-important jobs numbers in both Canada and the US.