Throw in the Towel, Already

The movement by global central banks to “normalize” interest rates appears to have come to a halt.  Given that over ten years have passed since the Panic of 2008, any reasonable observer (or at least someone looking to invest in bonds rather than equities) would feel that it was well past time to raise rates to levels more in line with those seen in recent decades.  While the Federal Reserve, Bank of England, and Bank of Canada at one time all made a lot of noise about raising rates to more normal levels, two other major players – Bank of Japan and European Central Bank – don’t appear to have ever been serious about this.  The BOJ continues playing with the yield curve, targeting the ten-year Japanese government bond (JGB) and making confusing statements about ending quantitative easing.  Yet the Japanese economy continues to flounder, now in its 30th year of slow growth despite massive government “stimulus’” spending.  It can be said with only slight exaggeration that even the smallest Japanese hamlet now has a sports arena and a shiny new high-speed train.  Perhaps a different approach is warranted?  And the ECB revealed its hand several years ago when boss Mario Draghi said the ECB would do “whatever it takes” to support the Eurozone economy.  Despite tapering and reduction of bond buying and other (alleged) tightening measures, the ECB doesn’t really appear to be keen on normalising rates, certainly not while zone paymaster Germany stumbles badly (see Weekly Market Dispatch, April 8)

Following a recent downgrade of global growth by the IMF (see Weekly Market Dispatch, April 22), it was with little surprise that Bank of Canada Governor Stephen Poloz announced no change in the Bank’s overnight rate of 1.75%.  Tellingly, the BOC also omitted any mention of the need for future rate increases which had been included in previous announcements.  Mr. Poloz flagged a sudden decline in growth in Q4 of 2018 which extended into 2019 as motivating the BOC to sit tight for the time being.  Dropping prices for Western Canada Select caused by an inability to get Alberta oil to markets outside the US, declining investments and exports, softer housing markets, and weaker consumption were all cited as negatives.  Deputy Governor Carolyn Wilkins, at a post-announcement press conference with Poloz, admitted the Bank was somewhat puzzled by the strong hiring seen in recent months coinciding with this slowdown in growth.  When asked by reporters to elaborate, she speculated that with 500K+ job openings in Canada, perhaps employers are hiring the people that are available, rather than the ones they would like. The upshot is that the BOC has downgraded 2019 growth prospects in the True North to 1.2%, well down from January’s 1.7%.  Not surprisingly, investors whacked the CAD in response. 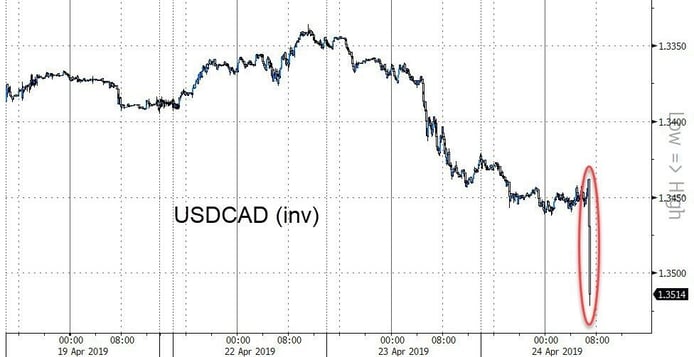 The Loonie Takes A Hit

In the United States, Friday’s release of US Q1 GDP took markets by surprise.  Analysts had initially been calling for a sluggish rise of +1.8% or less, based on the evidence of widespread economic weakness in the first several weeks of 2019.  Some economists had upped the ante to 2.5%, but even that paled with the official release of +3.2%, a strong number that, upon inspection, turned out to be filled with one-off items such as a huge rise in inventories and a smaller trade deficit.  Consumption and capital spending, the main drivers of GDP, actually came in somewhat weaker in Q1.

Mr. Market had priced-in a rate cut by the Fed at some point this year, and that has likely gone by the board.  Bottom line: with low inflation, reasonably strong growth, and the jobless rate under 4%, the Fed has little need to cut.  Plus, with inflation running well below 2.0%, the Fed may have little incentive to raise rates either.  This may explain the rather muted reaction in FX markets following the GDP release. 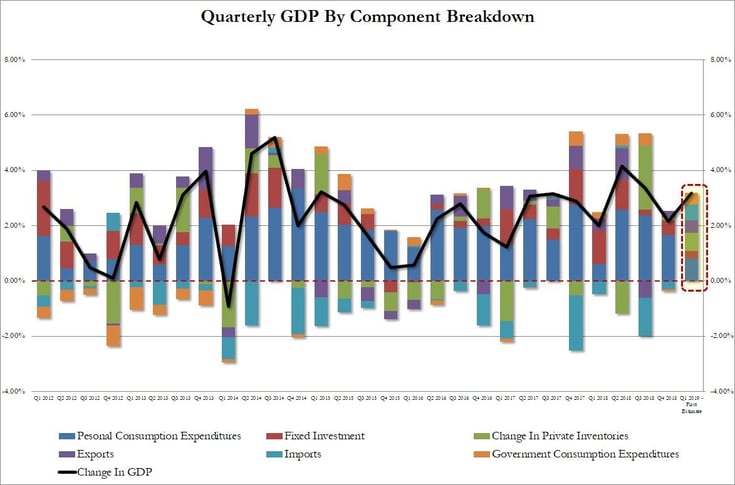 One of the more perplexing aspects of recent market activity has been the strength in both the greenback and crude oil, two commodities (so to speak) that normally move in opposite directions.  On a fundamental basis, WTI crude failed to sell off following larger-than-expected builds in crude reported by the American Petroleum Institute.   Further support came from statements by  Saudi Arabia’s Energy Minister that, despite American sanctions being tightened on Iran’s crude exports, the Saudis will take no present actions such as producing outside their quota.  At the same time, the Saudis went to some lengths to reassure their customers, saying they would not leave them “scrambling".

A good rule to follow in trading is this: markets that do not sell off on bearish news are not bear markets; the same is also true in reverse for bull markets.  Oil has been buffeted by growing supply, softening demand and the usual political flimflammery, yet it is not declining markedly in price: it’s rallying. Oil may be in a bullish mode at present, and if Canada can ever straighten out its pipeline issues and get its crude to overseas markets, the CAD would benefit greatly. 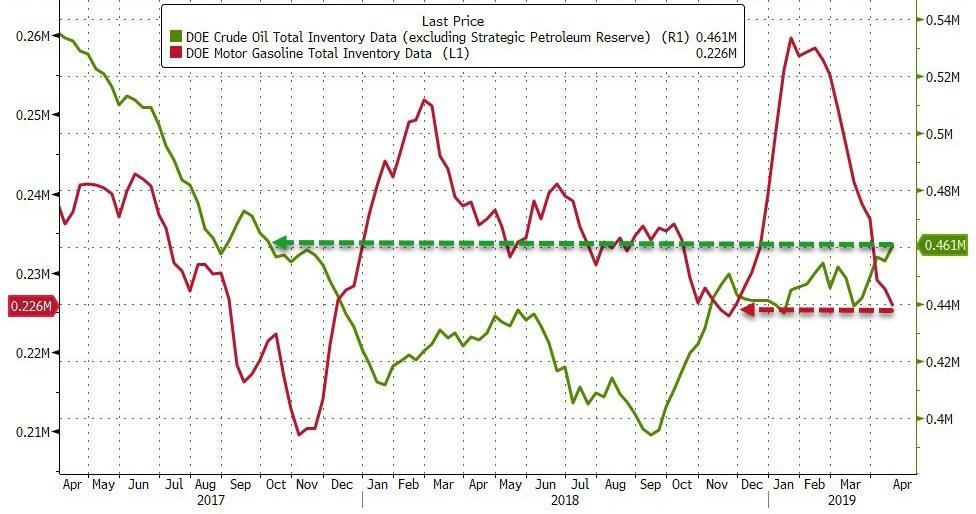 US Oil Stockpiles Highest Since October 2017

The coming week has just one Canadian release of note (Tuesday’s end-of-month GDP numbers), while the US will see a slew of secondary numbers as well as some serious Fedspeak on Friday.