The CAD was smashed the hardest this past week, falling over 2%, by two distinct events.  The first event was on Tuesday, during a speech by Bank of Canada Governor Stephen Poloz.  He said there was “no predetermined path” for interest rates in the second half of 2017 and beyond.  He called the BOC's policy decisions a risk-management process and said that the central bank couldn't "take a mechanical approach to policy." He also said rising household debts in Canada leave the economy exposed to anything from lower housing prices to an uptick in unemployment levels.  That said, Poloz said that the bank believed that "interest rates are likely to move higher over time." All in all, it revealed the central bank's dovish caution which caused the bears to shave a little over a cent off the currency’s value.

The second market moving event occurred on Thursday and was spurred by, what else, – a Trump Tweet.  This latest dust-up is over whether the US has a trade deficit or surplus with Canada – apparently the answer is complicated.  The tweet came after it was reported in the Washington Post that Trump boasted in a fundraising speech in Missouri on Wednesday that he made up figures regarding the supposed trade deficit in a meeting with Prime Minister Justin Trudeau, Trump said that after Trudeau told him the U.S. does not have a trade deficit with Canada, he replied, "Wrong, Justin, you do" — then adds, "I didn't even know ... I had no idea."

So is it a trade deficit or surplus? - This whole thing reminds me of the “Who’s on First” comedy routine made famous by Abbott and Costello.  US trade data showed the US had a surplus, not a deficit, with Canada last year.  According to figures released by the US Commerce Department last week the US in 2017 had a trade surplus in goods and services of $2.8bn.  Notice we emphasized goods and services, Trump only likes to talk about goods.  The US had a $25.9bn US surplus in services and a $23.1bn deficit in goods.  Muddying the waters is the fact that Canadian trade data shows Canada running a much larger surplus in goods with the US than US data does.  Canada last year had a goods and services surplus with the US of $20.5bn.  Canada’s official trade data show a much larger deficit in goods of US$68.3bn, but that picture is complicated by the question of re-exports - goods from other countries that are passing through Canada on their way to the US.  Canada does have a trade deficit in services with the US of $10.5bn.  Still confused, we don’t blame you but with two way trade, in goods only, between the US and Canada at around $600 billion, a trade surplus or deficit in goods and services of around $20bn seems more of a rounding error than a political brouhaha

Nevertheless, the CAD took it on the chin and sliced through the 1.30 level.  Looking at the daily chart of the USD/CAD rate, there’s not a lot of resistance until the 1.32 level.  After that, the next level of resistance is around the 1.3350 level.  Also, a bullish golden cross in favour of the USD is set to be triggered when the 50-day moving average crossed up through the 200-day moving average.

Everyone’s focus will turn to this week’s first Federal Reserve meeting under the new Chairman, Jerome Powell.  Does anyone NOT know the Fed will raise rates at this meeting?  The real story would be if they didn’t. 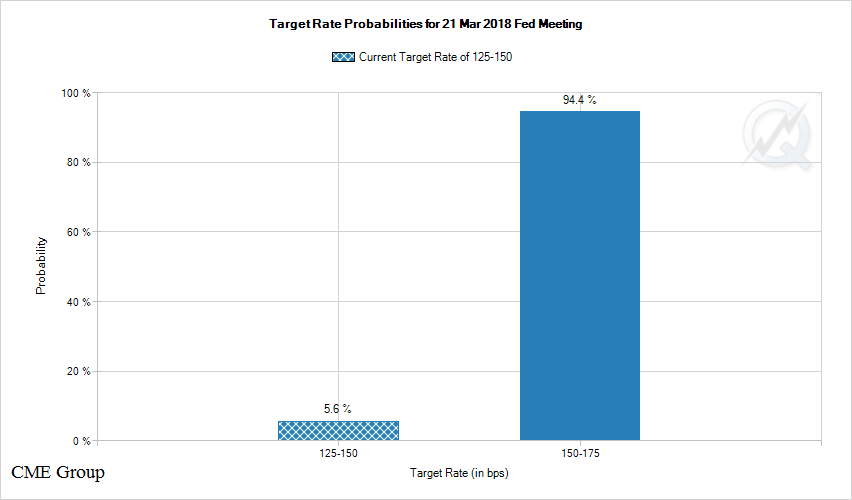 So with the rate hike a given, what will Mr. Market be looking for – the dots of course.  The question will be if the consensus of the dots moves up one level which would call for 4 rate hikes in 2018. 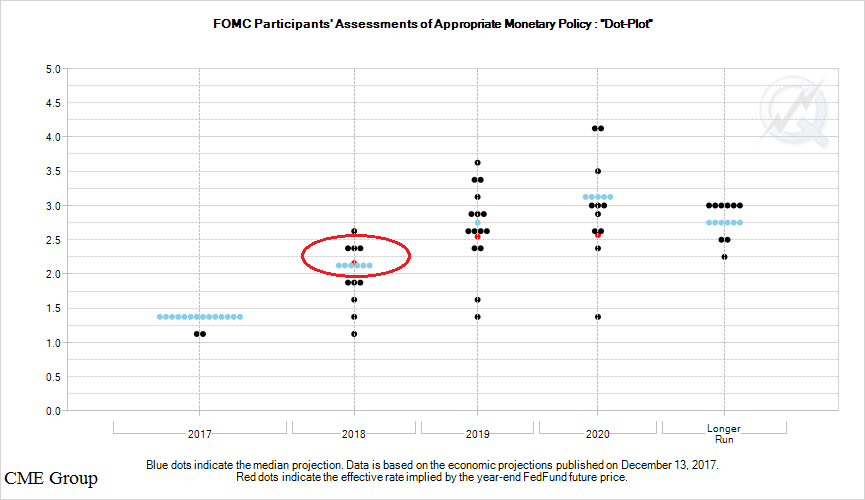 We think this is doubtful for two reasons.  First, the new Chairman doesn’t need to spend additional capital to prove his Fed credentials since a rate hike at his first meeting would be enough.  Second, the recent string of economic data has been less than stellar and doesn’t warrant a ratcheting up of interest rate expectations.  In fact, the Atlanta Fed’s GDPNow tracker, which started the first quarter with a 5.4% GDP forecast, has been revised down to just 1.9% after last week’s retail sales registered its third straight monthly decline. 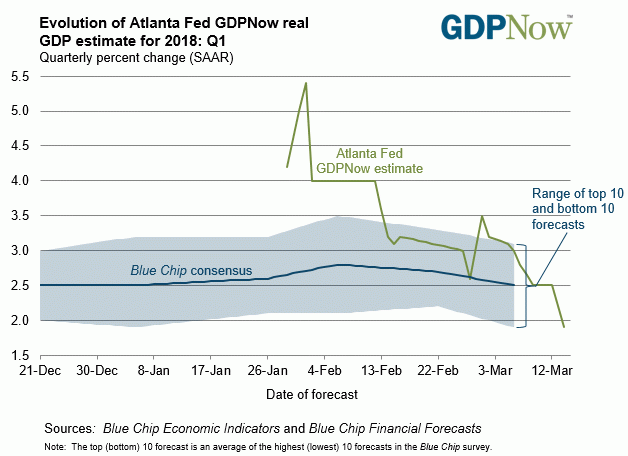 By the way, the Fed rate hike isn’t going to spur an uptrend in the USD.  The reason is not the economy but rather the continued turmoil in the White House and Trump’s trade war.  Like in Trump’s TV show “The Apprentice”, Trump was able to use his tagline - "You're fired!" on Secretary of State Rex Tillerson last week.  Shortly thereafter, there were reports that Trump was about to fire National Security Advisor HR McMaster – one of the last independent voices on his staff.

As for the trade war, the Trump tariffs were only the opening gambit.  Rumours persist that the US administration is looking to impose tariffs on $60 billion of Chinese imports, with technology and telecommunications among the major sectors targeted.  For now, the uncertainty around the trade ware will keep a lid on the USD.  The real fireworks in the currency, equity, and debt markets will start when Mr. Market sees how China will respond to this.  We have an uneasy feeling that China’s response will cause the market to stop focusing on the US trade deficit and turn the attention onto the US budget deficit.  This should be particularly concerning considering the that total US debt has risen above $21 trillion for the first time last Thursday, a little more than six months after it hit first $20 trillion on September 8. 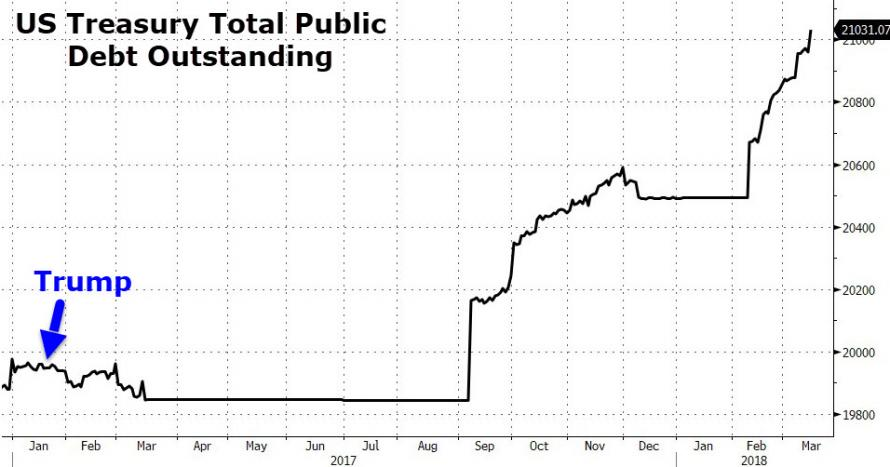