Some highlights from this week:

Brexit isn’t out of the woods yet since it must be approved by the UK Parliament. It’s not a choice of this deal or nothing, but rather a choice of this deal or an extension. PM Boris Johnson’s deal differs from the previous PM Theresa May’s deal in that there would be new trade barriers and additional border checks at the Northern Ireland border. 320 votes are required to pass Brexit in a special Parliamentary session on Saturday.

If the vote doesn’t pass, then Johnson will be forced to ask the EU for a 3-month extension. Thus, if the Brexit deal is ratified, the GBP should continue to march higher. If the deal is rejected, then the knee-jerk reaction will be for the GBP to sell off, but it should stabilize shortly thereafter since continuing without an agreement is not an option.

Last Friday, President Trump boasted that his "phase 1" partial trade agreement with China was the greatest-ever deal for US farmers. Reminiscent of President George W. Bush’s “mission accomplished” proclamation, the reality is China has not confirmed that it will it will buy $40–50 billion worth of US agricultural goods, and it says a final deal would require the US to cancel all existing and future tariffs. 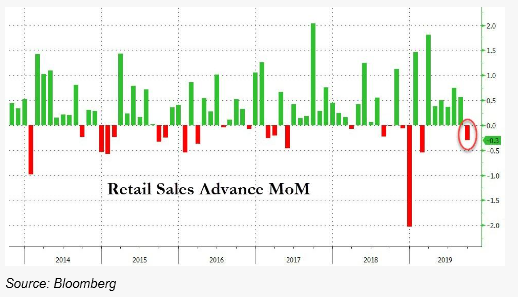 September US Retail Sales dropped by 0.3%, it was the first decline since February. This report, along with the recent swing lower in the September ISM US manufacturing (the lowest since June 2009), has caused expectations for a rate cut to shoot higher. Fed fund futures are now pricing an 86% chance of easing this month, up from 72%.

Globally, growth is beginning to slow. The IMF made its 5th straight cut to its forecast for 2019 global growth to 3%, which is on pace for the slowest expansion since the 2008 financial crisis. 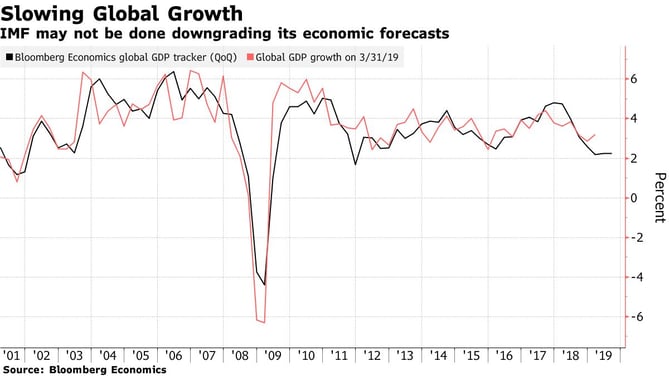 China’s economy slowed to 6% in Q3 from 6.2% in Q2, its weakest rate in at least 27 years. The 2019 growth rate falls within the government's annual goal of between 6 and 6.5%, but with a marked slowdown compared to previous years. 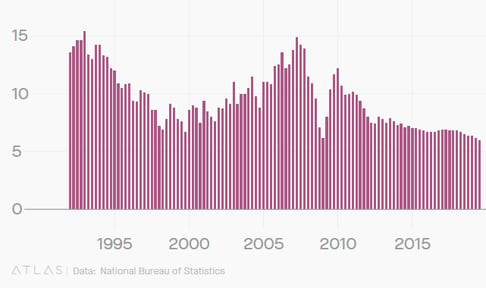 Last Tuesday, Bank of Japan Governor Haruhiko Kuroda said the BOJ would have to continue its massive monetary easing, as its 2% inflation goal remains distant. He reiterated that the bank will ease further without hesitation if risks mount to threaten price momentum. 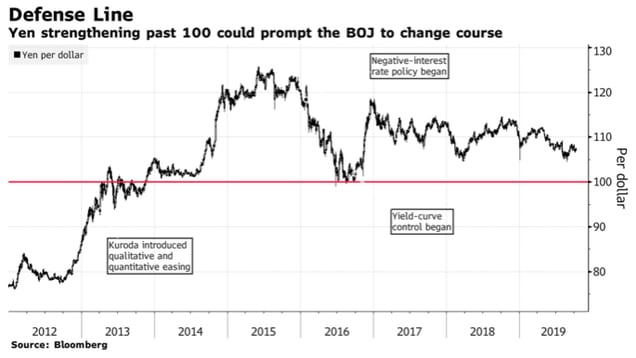 It is also worth noting that countries with positive interest rates such as the US, UK, and Canada have higher inflation rates than both Japan and the Eurozone, both of which have negative interest rates – perhaps they should rethink their strategy?

The week ahead will see the market’s response to the weekend Brexit developments by way of the Saturday UK parliamentary vote. Also in the European sphere, Thursday will feature Eurozone PMIs and the ECB’s rate decision. This will be ECB President Mario Draghi’s last policy meeting before turning over the keys to Christine Lagarde. Since in his previous meeting he re-introduced QE, the optics for this meeting is more for housekeeping and the hand-off. He will go down in history as never raising interest rates during his term and for introducing both negative interest rates and QE. Perhaps the price action in the euro is sniffing out a changing of the guard as it has broken above a 4-month downtrend and retested it earlier this week. A move above the 1.1220 level would boost optimism that a low of some importance would be in place.

Next week is light on the economic data front, but one significant event is the federal election in Canada. By all indications, the election is too close to call – Prime Minister Trudeau’s Liberals are polling around 31.5% and the Conservatives, led by Andrew Scheer, are at 31.6%. The Canadian electorate has failed to re-elect an incumbent on only four other occasions. Keep in mind that Canada has a parliamentary system, so the party with the most seats wins the election (not the party with the most votes). Thus, the most likely outcome is for a minority government. Still, even if the Conservatives have the most seats, they may be out flanked by Trudeau and the third political party, the NDP, forming a coalition which would allow Trudeau to remain the PM. Perhaps the CAD is sending a signal by breaking below its 2.5 month trading range over the last couple of days.