Almost every currency was up against the USD last week on continued risk appetite in global equity markets as global economies gradually move to reopen after coronavirus shutdowns. Month-end adjustments to portfolio hedges after a monthly rally in May for US equities also weighed on the USD.

Upbeat comments by Reserve Bank of Australia Governor Philip Lowe to the Senate Select Committee on COVID-19 helped pace the AUD to its second consecutive weekly gain and seventh in the past eight weeks. He praised the performance of the central bank’s mid-March emergency package and its assistance in ‘building the necessary bridge to the recovery’. He also stated that the success of flattening-the-curve of infections has led to ‘national health outcomes better than earlier feared’ and may result in an ‘economic downturn not as severe as earlier thought’. Lowe stressed that the path for recovery will be dependent on ‘how quickly confidence can be restored’. Based on the rebound in consumer confidence, Australia may be on its way. The Westpac Consumer Sentiment Index in May rebounded to 88.1 after falling to April 75.6, the lowest levels its 47-year old history. 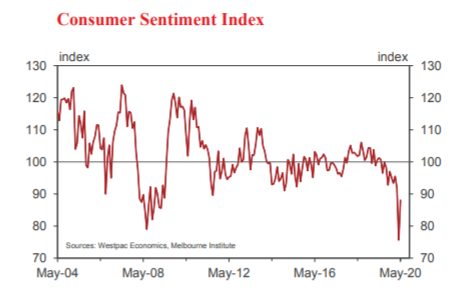 The euro was up every day last week and tested two-month highs on Friday, buoyed by month-end flows and euphoria over the European Union's recently announced plan to bolster the EU's coronavirus-hit economies with a €750 billion recovery fund (€500B in grants and €250B in loans). Euro bulls may be getting a little ahead of themselves since this proposal requires the approval of all members and that is unlikely at this juncture. The northern creditor countries want loans and not grants while the eastern European countries will scoff at the fact that they were not part of the process.

You cannot help but admire the resilience of the euro. The Eurozone has been plagued with high sovereign debt, growth sapping budget austerity, negative interest rates, QE, a zombie banking system, and political uncertainty. Yet the euro has basically traded between 1.05 to 1.15 range over the last five years, outside of a brief foray to the 1.25 level on the perceived upper hand in the Brexit negotiations with the UK. Then again, this may say more about the USD, and its lack of fiscal spending restraints as the largest debtor nation in the world, than it does the euro.

The CAD turned in a decent week with a gain of 1.71% which caused a possible bearish development on the chart. Since the March high just above 1.46, the descending trendline has acted as an upper bound for USD/CAD while the horizontal level at 1.3850 has served as an area of support for the last two months. This week’s break of support was contained by the up-trending line of support from by the January and late February lows. If the currency cannot recapture the 1.3850 level, then we may see more CAD strength in the short term

The bullish case for the CAD is a true V-shaped economic recovery from the COVID-19 downturn in Canada and its biggest trading partner, the US. The bearish case for the currency is a renewal of the oil price war and large capital outflows out of Canada due to a global recession.

It took ten years (2009 – 2019) to create 22 million jobs in the US and just two months to lose 40 million jobs, so its hard to see a V-shaped recovery taking place. Also, there has never been a pandemic without a second wave before a treatment existed. As for vaccines, sadly, there has never been a vaccine for any of the previous coronavirus. All the previous coronavirus vaccine candidates failed in early-stage clinical trials, with none being advanced to licensing. Pandemics cause consumers to spend less, to become risk averse, and to shake confidence in political leaders which can lead to social unrest. 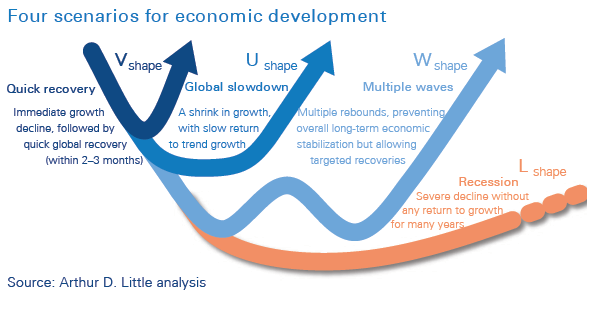 Incidentally, in the week ahead, the three currencies we just featured all have central bank meetings. Both the Reserve Bank of Australia and the Bank of Canada are not expecting to make any changes at this point other than the standard “we are prepared to do more if necessary”.  Conversely, the European Central Bank will have the ability to do more based on their new staff forecasts on economic growth.  ECB President Lagarde has recently said that the ECB’s mild growth scenario is already outdated, while The Bank of France Governor François Villeroy chimed in, “It is in the name of our mandate that we will probably need to go even further.”  The most likely action would be an increase in the €750B Pandemic Emergency Purchase Program, a broadening of its corporate bond-buying program, and an adjustment in the amount of deposits that are subject to negative rates.

April’s data were of no use as countries were shut down, but May’s economic data may be more informative has economies began to reopen.  May’s final PMI, especially from China, may offer some insight to the new normal since it was the first to emerge from lockdown.  US auto sales, EU retail sales, and employment data for both the US and Canada are the other key reports to look forward to.