Masters of the Universe?

Last week witnessed strong economic statistics from Canada but weaker numbers from the United States, while our betters congregated this past Friday in Jackson Hole, Wyoming for the annual confab of global central bankers. There are some vexing issues out there to examine (more below) but first: economic statistics.

CAD traded with a firm tone after higher-than-expected July inflation numbers. Headline CPI came in at +0.5% mth/mth vs call of +0.2%; yr/yr at the Bank of Canada’s target of +2.0% vs call of +1.7%; and the core rate rose +1.9% vs call +1.7%. That’s three-for-three beating street estimates! Mr. Market certainly liked the numbers, as this gives the BOC more reason to leave rates unchanged while other central banks are either cutting rates or preparing to do so. 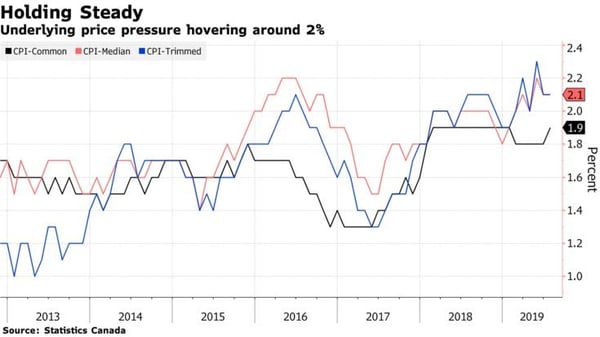 Friday’s release of June Retail Sales tended to confirm the view of the Canadian economy being in relatively good shape, as the headline number was 0.0% vs the call of -0.3%, while the ex-autos number rose sharply at +1.7% vs call of 0.0%. Reaction in this case was more restrained, as investors awaited possible developments from Jackson Hole.

This week sees release of Canada Q2 GDP, expected to rise around 3.0% yr/yr. With the economy growing steadily, the Bank likely sees no need for any near-term rate cuts unless trade tensions get out of hand. This latter may prompt the BOC to act, although they will likely sit tight at the meeting scheduled for September 4th. In the meantime, CAD looks set to either rally or at least hold firm at current levels.

In America, early PMI numbers were rather soft. PMI Services came in at 50.9 vs call of 52.8, while PMI Manufacturing fell below the all-important 50.0 level, printing at 49.9 vs call of 50.5 – this latter number the lowest in ten years.  While these ‘Markit’ PMI numbers aren’t the official numbers released at month-end, still they provide a clue and traders were unimpressed. Not surprisingly, there were further calls for rate cuts by the Federal Reserve.

Last Wednesday saw the release of the minutes of the most recent Fed meeting (July 30-31). Our learned colleagues Dr. Long and Mr. Short waded through the verbiage and summarised as follows:

Investors digested this news and continued buying the greenback and ten-year treasury bonds. The yield on the latter benchmark bond traded well below the 1.60% level as a result, creating an inversion with higher-yielding two-year bonds. Historically such an inversion has been a sure signal of an impending economic recession. But is it really?

No, this isn’t a digression into astronomy (as interesting as that might be) but an examination of the growing size of government and corporate debt carrying a negative yield. Such an aberration has been commonplace in Europe and Japan since the Panic of 2008 but, to date, has not landed in North America. But like its astronomical counterpart, resistance may be futile.

The chief culprit is the European Central Bank, whose boss Mario Draghi in 2012 said the ECB would do ‘whatever it takes’ to revive the EU economy. In practical terms this meant asset purchases of sovereign EU debt. Given that the ECB was a ready buyer, bond traders (always a clever lot) kept raising bond prices which simultaneously lowered bond yields. With demand from the ECB relentless traders started selling bonds with a negative yield, presumably nicking the principal amount due at maturity, and the ECB continued to buy. Bond traders may be skittish, but they aren’t fools. First some bonds sold at negative yields, then more, and now we have something like 15 trillion USD of sovereign debt (around 25% of the total) trading at a negative yield. Incoming ECB chief Christine Lagarde has signalled her intention to continue these policies going forward.

So, how does this tie in with the Federal Reserve? Rates may be low in North America, but they aren’t negative, right? The Fed is under tremendous pressure from the stentorian tweeter-in-chief to cut rates and cut them now. At present, American bond yields are terribly attractive to global investors, and is one reason why the greenback continues strong. There is also a political dynamic at play here: Donald Trump faces a re-election vote next year, and he obviously wants the economy roaring. Historically, strong economies see incumbents re-elected: so, he unabashedly harangues Jay Powell. On the other hand, Mr. Powell must hold firm despite Mr. Trump’s entreaties, lest markets view him as weak. Essentially the Fed is being set up as the fall guy should the economy tank in 2020, which the inverted 2yr/10yr yield curve may be forecasting. But given that foreign investors are buying US 10-year and 30-year treasury bonds for yield unavailable elsewhere, the yield curve may actually be providing distorted information.

Since 1978, the Kansas City Federal Reserve has sponsored a symposium at Jackson Hole WY, with global central bankers (the current day ‘Masters of the Universe’) invited to attend. 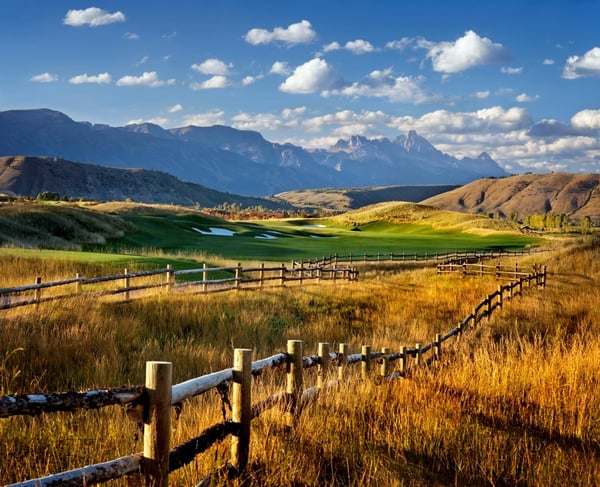 As host, Jay Powell made the keynote speech last Friday. While he acknowledged strength in the domestic US economy, he fingered rising trade tensions, including recently-announced Chinese tariffs on incoming US goods; further evidence of slowing growth in Germany, China, and elsewhere in the global economy; the tiresome BREXIT negotiations; and trouble in Hong Kong as just a few of the issues creating a turbulent and confusing environment. Analysts interpret this as the Fed possibly signalling a further rate cut at the next meeting on September 18th. Aside from that, most analysts expect little in the way of market-moving news to emerge from the meetings.

The coming week sees the aforementioned Q2 GDP in Canada, along with a myriad of first and second-tier statistics stateside, and a smattering of Fedspeak.