Last week was dominated by central bank speak-along with some interesting economic statistics, including one claimed to be watched closely by the Federal Reserve. To explain this latter sort of thing we rely on our esteemed colleagues Dr. Long and Mr. Short – more below.

With recent Canadian jobless statistics showing a large increase in part-time work coupled with a major decrease in full-time jobs, the above-noted softness leaves the Bank of Canada in a difficult spot. With a rate announcement scheduled for this coming Wednesday October 24th, the Bank will likely raise the overnight rate but, in its accompanying statement, will attempt to explain away this recent softness which stands in stark contrast to developments in America.

Fun Fact: "Justin Trudeau is the only prime minister in the last 120 years who has increased the federal per-person debt burden without a world war or recession to justify it." 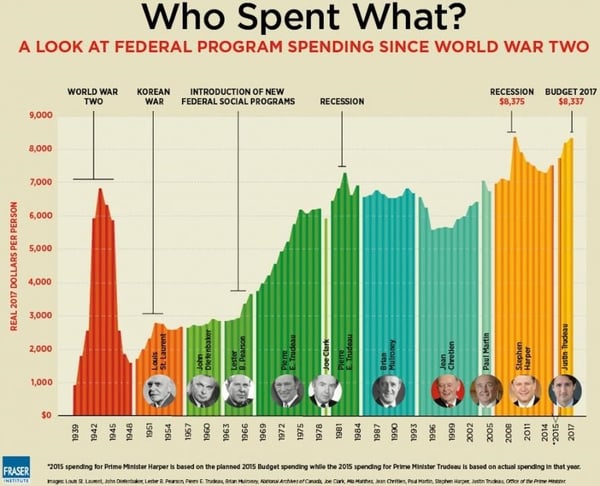 The US economy appears to be accelerating strongly. Statistics released during the week all confirmed continued growth in the domestic economy, while the minutes of the Federal Reserve’s September 26th meeting showed  concern amongst the participants. In other words, while most of the world’s central bankers are still, to a degree, attempting to stimulate growth through monetary policy (and largely failing), the Fed is in the enviable position of having to deal with a roaring economy. (It’s worthwhile pointing out that a 180 degree shift in fiscal and regulatory policy under the Trump administration may be responsible to a degree). Regardless, FOMC members expressed concern about the economy going forward. Some notable quotes:

"The divergence between domestic and foreign economic growth prospects and monetary policies was cited as presenting a downside risk because of the potential for further strengthening of the U.S. dollar”

Our learned colleagues Dr. Long and Mr. Short brought to our attention a remarkable report compiled monthly by the Bureau of Labor Statistics (BLS), the so-called JOLTS report. (The acronym stands for Job Openings & Labor Turnover Survey). Our colleagues have long felt that the monthly employment statistics are of limited utility, whereas the weekly jobless claims numbers do have the virtue of timeliness. The JOLTS report, on the other hand, shows clearly the current state of the US labor market, and for that reason we understand it to be favored by the Fed in its analysis.

What caught the market’s attention in the August 2018 report released last Tuesday was a record number of job openings – 7.1 million at the end of the reporting period, an all-time record.  For the first time ever, job openings exceeded jobseekers. There were a total of 5.8 million new hires and 5.7 million new fires, but Mr. Market really liked the job openings figure, rallying equities and the USD both. This is further evidence of a strengthening US economy: with employers chasing scarce labour, wages will have to rise and the virtuous circle of the free market will continue. Until the Fed takes away the punch bowl, of course!  All this, along with the Fed minutes, convinced the guys in Chicago that more rate hikes are coming soon, with December 19th virtually a lock for a quarter-point hike and a further hike in the first quarter, bringing the fed funds rate to 2.50 – 2.75% and continuing the process of rate normalisation in America. 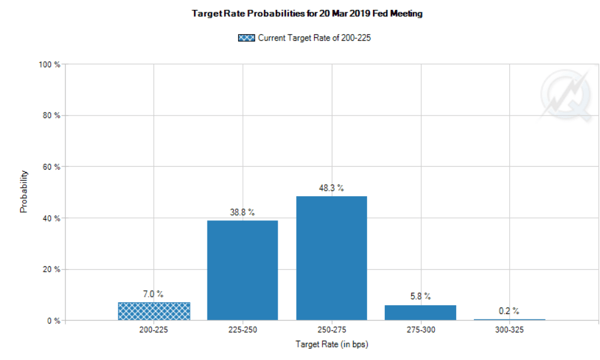 The EUR was one of the losers on the week. ECB chief Mario Draghi directed harsh remarks toward the Italian government and its proposed domestic budget which, unsurprisingly, failed to conform to EU limits on spending and deficits. In recent months Italy has been contesting EU authority on immigration, joined by Denmark and others on this issue, and has mused openly about scrapping the EUR and resurrecting the LIRA.  Complicating matters is the upcoming review, by both Moody’s and Standard & Poor’s, of Italy’s sovereign credit rating. Bottom line: Brussels will have its hands full managing what appears to be an increasingly-fractious union.

NZD proved the winner on the week following a big jump in domestic inflation. The rate jumped from 1.5% yr/yr to 1.9% yr/yr, well above analysts’ expectations.

The coming week sees little of note in Canada aside from the Bank of Canada, while the US sees a slew of numbers including Q3 GDP as well as a bevy of Fed speakers.