Last week witnessed a slew of secondary economic releases in America, along with some Fedspeak from Fed chair Jay Powell, a complete lack of Canadian news (other than the ongoing rail blockades and traffic disruptions), and uncertainty about the coronavirus outbreak, now officially named COVID-19.  Let’s sort it out and see what we can learn.

To begin with, nobody really knows the precise status of the COVID-19 outbreak, and the truth is always the first casualty in war or international politics. That being said, market players bought on any sort of positive developments indicating a slowing spread, fewer infections, etc. However, they just as quickly sold on any negative news, and others were only too happy to buy on these “dips”. Both the DJIA and S&P 500 saw new highs during the week while bonds, after selling off early in the week, rallied on strong Treasury auction results. With central banks, especially the Bank of China and the Fed, flooding their economies with cash in hopes of averting a major virus-related slowdown, the path of least resistance for equities and bonds is UP. Currencies continued to trade in recent ranges, although CAD picked up some ground while the USD was stuck rather firmly in the middle. 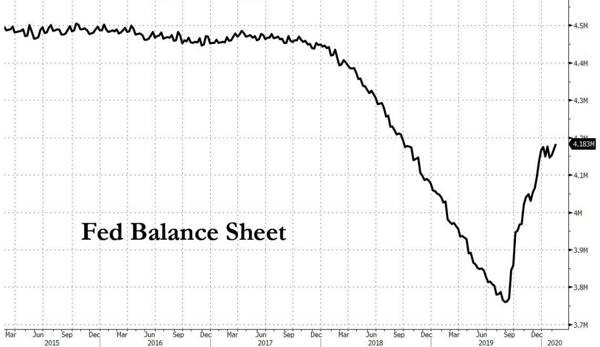 Fed chair Jay Powell delivered prepared remarks to Congress as part of what was once called the Humphrey-Hawkins testimony given semi-annually. Our esteemed colleagues Dr. Long and Mr. Short read through the transcript and picked out the salient points:

“The economic expansion is well into its 11th year, and it is the longest on record.”

“The pace of job gains has remained above what is needed to provide jobs for new workers entering the labor force.”

“Gross domestic product rose at a moderate rate over the second half of last year.”

“Inflation ran below the FOMC's symmetric 2 percent objective throughout 2019.”

“Over the second half of 2019, the FOMC shifted to a more accommodative stance of monetary policy to cushion the economy from weaker global growth and trade developments.”

“The current low interest rate environment also means that it would be important for fiscal policy to help support the economy if it weakens.”

Following these remarks, Mr. Powell took questions from congressmen, with all the usual grandstanding such occasions engender. There was little market reaction

.In the Eurozone, any hopes of a near-term recovery were dashed by stunningly weak December Industrial Production numbers. Analysts had predicted a decline of -1.7% mth/mth whereas the actual fall was -2.1%. Year over year was a disastrous -4.1% vs call of -1.9.

It has become increasingly clear that, despite all the efforts of the ECB to cut rates and spark a durable economic recovery with rising inflation, all this effort has merely succeeded in driving equity prices higher and bond yields to absurdly low (read: negative) levels. Perhaps a new approach is warranted? 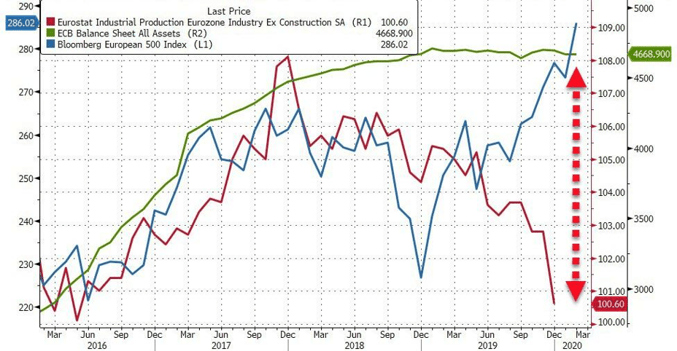 At the time of writing, the Canadian economy was being buffeted by railway freight traffic disruptions, bridge closings, and general mayhem caused by a well-organised group of anti-pipeline protestors and their supporters. To the extent this drags on for a lengthy period Mr. Market will notice, but this whole situation should hopefully be resolved in due course. In that case, the hit to Q1 GDP should be minimal.

On the other hand, the Parliamentary Budget Office (PBO), in its February report downgraded its outlook for Canada’s Q1 growth from 1.8% to 1.5%, citing exceptionally weak growth in Q4 2019 (+0.3% yr/yr) and the as-yet unknown impact from the coronavirus. There is no mention of the transport disruptions or any possible negative impact. The report was largely ignored by players.

Lastly, we had an interesting chat with our friend the bond salesman. He had been involved in last week’s large auction of 3-yr, 10-yr, and 30-yr Treasurys, and all had gone well. So well, in fact, that the 30-yr bond hit a record low yield, indicating tremendous demand for this particular maturity. 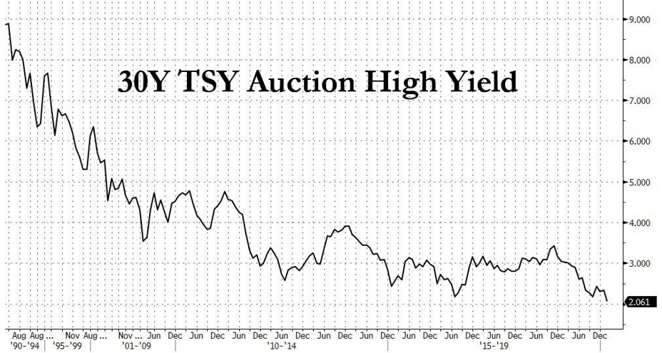 As good as that sounds, he continued, it pales in comparison to the rates at which Greece, with a very weak economy, can borrow. The Greek government’s cost to issue 10-yr bonds fell below 1.0% for the first time in its history on Wednesday, contrasting with US 10-yrs at 1.60%. Hard to believe, the salesman added, that only a few years ago Greece defaulted on part of its debt and stood at the epicenter of the eurozone debt crisis. That had forced the International Monetary Fund and other eurozone states to launch the biggest bailout in history, lending Greece more than 290 billion euros ($316 billion USD) of funds from 2010 to 2018.

Our friend explained that, with so much low and negative-yielding sovereign debt (the latter currently around 14.0 trillion USD) investors are desperate for positive yield. With Treasurys possessing both relatively high yields and liquidity, it’s little wonder that the auctions - all 84.0 billion - went well. This is a positive for the greenback too!

This week sees a handful of economic metrics in Canada, while America sees several secondary measures, as well as a deluge of Fedspeak.