In spite of all the threats and rhetoric about trade wars, it is important to point out that no tariffs have gone into effect. We are still in the posturing phase – the US has a 60-day public comment period while China has not yet set a date for implementation of its reciprocal tariffs, preferring to wait for sanctions to be in place before moving forward. More importantly, the trade war meme slid down a couple of notches on President Trump’s agenda as he focused on responding, with force, to the alleged Syrian gas attacks and on taking Twitter shots at former FBI Director James Comey.

With the Presidential eye in the geopolitical arena, Mr. Market’s focus was on the minutes – central bank meeting minutes, to be more precise. Last week saw the release of the most recent central bank meeting of the US Federal Reserve and the European Central Bank and they couldn’t be more different. 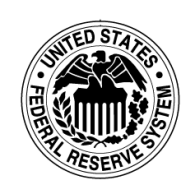 The first headline from the Fed’s minutes on the Reuters feed was:

This was quite the optimistic opening statement – setting a tone for an even more hawkish interpretation. In their meeting, Fed officials said soft data in the first three months of the year will probably prove “transitory”, in part because of seasonal fluctuations. As a result “almost all Fed officials saw gradual rate hikes as appropriate” with “a number of Fed officials” seeing the need for a “steeper rate path.”

The key headline from the ECB’s minutes on the Reuters feed was:

* ECB SAID REMOVAL OF EASING BIAS 'SHOULD NOT BE MISUNDERSTOOD'

It’s not surprising the euro sold off when Mr. Market read this headline. The minutes were unexpectedly dovish, noting "widespread concern" about the potential impact of protectionism and agonized over the potentially harmful impact of the euro’s strength. They also “broadly agreed” that there was not enough evidence to describe inflation as sustained.

So there you have it, when it comes to the monetary policy meeting minutes the ECB’s version were more dovish than the Fed’s. Should that make you more bullish on the USD than the euro? We would not take that bet especially with the growing budget deficit worries in the US, the political backdrop in Washington, the beating of trade war drums, and the notion that the Trump administration has adopted a weak dollar policy.

Moving on, the CAD continued with its gains in the month as the uncertainty around NAFTA continues to recede. Adding fuel to the fire, so to speak, the price of oil rallied by more than 8% last week hitting a high last seen in December of 2014. But wait, there’s more. The CAD may receive two additional small thrusts upwards – one catalyst will be from the signing of the new NAFTA deal and the other may come in this week’s Bank of Canada policy meeting. No interest rate change is expected at Wednesday’s meeting but there could be a dash of optimism, especially since one of the BOC’s unknowns, read NAFTA here, has subsided. Also, since their last meeting, oil prices have hit a 3-year high, retail sales have rebounded, and job growth has accelerated.

With the CAD/USD rate on the move and the EUR/USD rate stuck in a range the outlook has brightened for Canadian imports of European products and services. The EUR/CAD rate has been on fire lately which has caught the eye of these importers.

The euro has taken a bearish turn lower against the CAD and has broken under the green supporting trend line, leading to a down move

to the 1.55500 support area. The momentum indicators point to further weakness in both the daily and weekly chart. If the 100-day moving average gives way then the next target will be the 200-day moving average, which has supported the currency pair in the past, specifically in mid-September of last year and mid-January of this year.